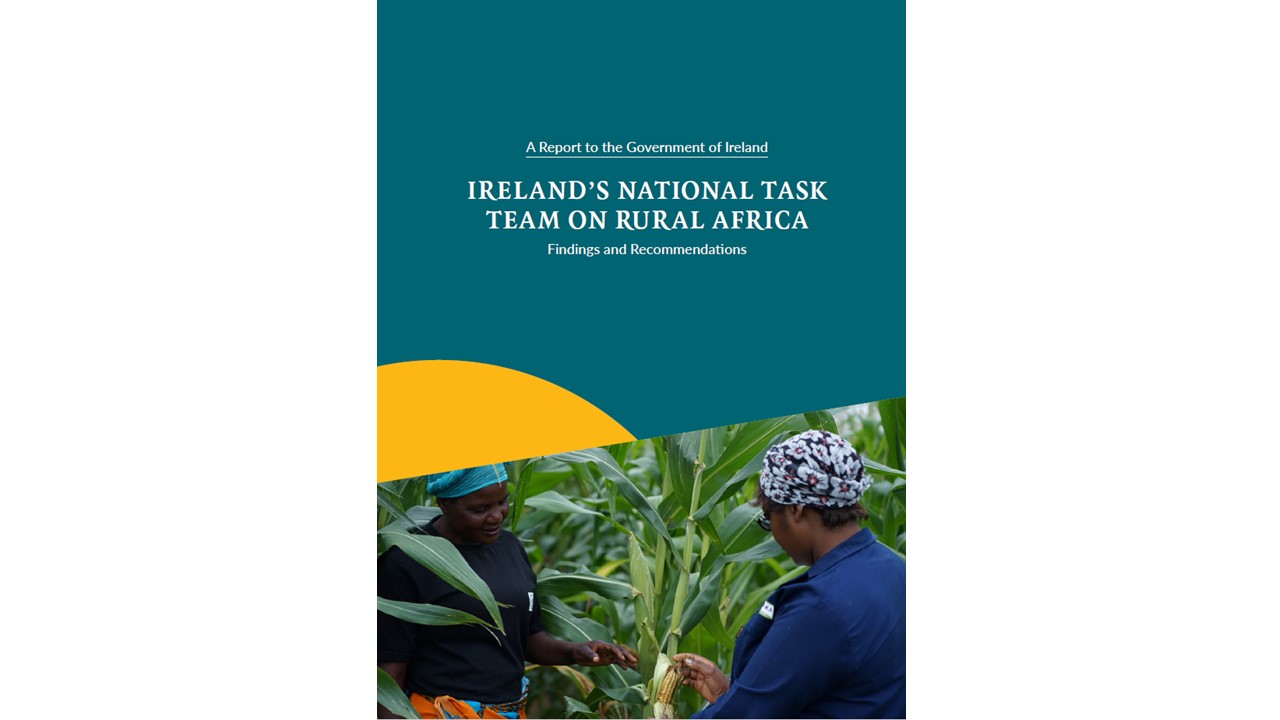 In March 2019, the European Commission’s Task Force on Rural Africa (TFRA) published its report, setting out a bold yet robust Africa-Europe agenda for rural transformation.

This agenda seeks to intensify cooperation within, and between, EU Member States and African countries, and was subsequently endorsed at the AU-EU ministerial conference in Rome in June later that year.

In response to the TFRA’s report, Ireland commissioned its own National Task Team on Rural Africa (NTTRA). This team was given a mandate to prepare a report on Ireland’s potential contribution to the work of the TFRA and present it to the Minister for Foreign Affairs (DFA) and the Minister for Agriculture, Food and the Marine, (DAFM) for consideration and action.

The National Task Team for Rural Africa (NTTRA) report sets out a new framework to enhance, and improve the coordination of Ireland’s existing contribution to the transformation of Africa’s agriculture and rural economy by harnessing the respective expertise of Government Departments, State Agencies, the private sector, civil society, academia and the African Diaspora.