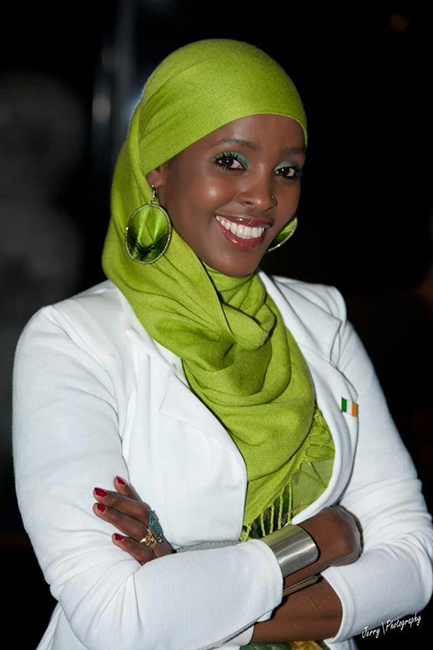 Irish Aid is proud to support the Ifrah Foundation in its campaign to eradicate FGM as part of our work to end gender based violence. The Foundation, which was founded in 2010 by Ifrah Ahmed, campaigns globally and in Somalia to eliminate female genital mutilation (FGM). Ifrah Ahmed is an Irish citizen originally from Somalia, who left her home country at 17 years old.

The UN estimates that some 200 million women and girls worldwide live with the consequences of FGM, and Somalia has one of the highest rates of FGM in the world with approximately 98% of women and girls affected. Recent evidence suggests that COVID-related lockdowns have resulted in an increased incidence of FGM in Somalia.

The Ifrah Foundation focuses its work on forging effective partnerships between relevant government ministries, civil society organisations, and international and local campaigners in Somalia, all of whom share the common goal of prioritising the eradication of FGM. Our backing assists the Foundation’s advancement in the three action areas underpinning its strategy – advocacy, awareness-raising, and community empowerment and education – and supports their efforts to develop and implement an Action Plan for the Eradication of FGM in Somalia by 2030.  In 2020, the Ifrah Foundation continued its work in bringing together a range of strategic partners to form a coalition to focus work to eliminate FGM in Somalia.  The Foundation also continued their global advocacy on ending FGM with a number of movie screenings of a movie about Ifrah’s life, ‘A Girl from Mogadishu’.

To mark International Day of Zero Tolerance of FGM on 6 February 2021, the Ifrah Foundation and UNFPA are planning a series of high-level media events in Somalia to contribute to the increasing public conversation on negative effects of FGM. “We are excited to build on our work with UNFPA Somalia. In partnership, by bringing together survivor-led grassroots perspective with a UN agency, we can have a far greater reach and impact than working alone”.

You can hear more about Ifrah Ahmed and her organisation’s work here.

Irish Aid is proud to support the Ifrah Foundation in its campaign to eradicate FGM as part of our work to end gender based violence.