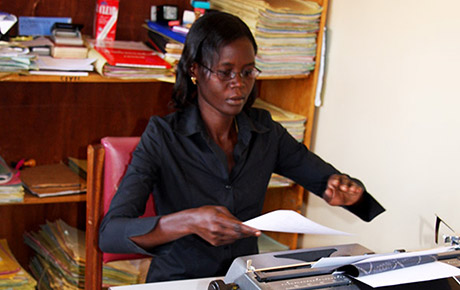 When in October 2012 the Auditor General in Uganda  reported that funds from Ireland and other donors meant for the development of northern Uganda had gone missing, the response was quick and decisive.

The Tánaiste suspended over €16 million of Irish Aid funding due to be spent through Government systems.

This suspension will remain in place until the misappropriated funds are returned and we are fully confident that the Government of Uganda has strengthened its internal financial controls and acted against all officials implicated in the fraud.

Our quick action in responding to the corruption in Uganda is an example of how we take our responsibility for the proper and efficient use of Irish taxpayers’ money seriously.

Ireland has received assurances from the highest levels of the Ugandan Government that the missing funds will be returned.

Our quick action in responding to the corruption in Uganda is an example of how we take our responsibility for the proper and efficient use of Irish taxpayers’ money seriously.

We put accountability at the heart of our aid programme which entails the building of strong transparency and accountability systems in the countries in which we work.

The recent fraud case shows that even when public financial management systems are strong, weaknesses can occur. But is also shows that when monies are misappropriated, the systems are in place to detect that and bring it to official and public attention.

Irish Aid support for the Office of the Auditor General in Uganda, who uncovered this recent corruption, has been critical in that regard.

And Irish Aid support for the justice system which is now prosecuting those responsible is equally as important.

Learn more about how we support poor people and communities in Uganda.