In March 2018, the Embassy of Ireland in Kenya launched a Potato Capacity Building Project in Nyandarua County; one of the leading potato growing regions in Kenya. The launch was addressed by Minister Kevin ‘Boxer’ Moran who highlighted Ireland’s expertise and experience in potato production, and how we are keen to share this with key partner countries such as Kenya.

The project, which is funded by Irish Aid to the tune of €1 million over three years, is a public-private partnership implemented by International Fertiliser Development Centre (IFDC); a highly experienced NGO in the sector in coordination with the Nyandarua County Government and working in partnership with two private sector companies: Kevian Kenya Ltd, a major Kenyan food processing company, and IPM; an Irish company with expertise in certified potato seed production. Other stakeholders include Teagasc, Sustainable Food Systems Ireland and their Kenyan counterparts. The project aims to help 3,000 smallholder farmers to increase their household revenue and food security through training on good agricultural practices, facilitating access to affordable certified potato seed and creating linkages with formal and non-formal markets for their produce.

Since March, the PCB project has trained more than 80 smallholder farmers through a farmer field business school model in the villages. Farmers undergo step by step practical field lessons and demonstrations under the guidance of a field extension service agent. This includes training on soil testing, low-cost mechanisation, potato varieties identification, good potato agronomic practices, proper use of herbicides, and the importance of low-cost potato storage facilities to reduce post-harvest losses. A number of trained farmers are then selected from the village groups to undertake further training as Trainer of Trainers in order to cascade further trianing to farmers in their villages.

It is from this initial group, that Ambassador Dr Vincent O’Neill, accompanied by the Nyandarua County Governor and representatives from the project partners visited Priscilla Wambui’s farm in Kirimangai Village. Priscilla is one of the farmers who took part in the four-month PCB training from March this year and emerged as one of the best and most active of the training group. As a result, she was selected to undergo a 1-week Training of Trainers course so that she could establish her own farmer field business school and train other smallholder farmers in her village.

Priscilla is a mother of two children, aged six and one and a half years old. She has been a potato farmer for the last five years in Nyandarua County where she leases four acres and plants potatoes which she normally sells in the local market or to traders who later sell the potatoes in Nairobi City for a profit. Priscilla knows that potatoes are highly nutritious and can contribute significantly to food security in Nyandarua and Kenya more broadly, where food inseucity is a major development challenge. However, Priscilla and other farmers in the County have been experiencing a decline in potato yields over recent years due to disease, pests, unavailability of good quality seed, adverse weather, high cost of inputs and poor soil fertility. Within her four leased acres, Priscilla has been harvesting 20 bags of 110 kg per acre due to these challenges.

When the Irish Ambassador and team met with Priscilla, she proudly showed them her potato crop which she has been cultivating with her new training on good agricultural practices. She explained how the potato capacity building project has been helpful to her and the other farmers in this area through teaching them about quality of seeds and how to select the right types of fertiliser. Previously, they had used any available fertiliser in the local market which was not a good and cost-effective practice.  She also noted that she had learned how to plant on the ridges so that the potatoes can have a better root network and yield more tubers, spacing potato crops and proper use of fungicides and pesticides to protect from early and late blight disease.

In the eight months since the launch of the project, Priscilla is expecting to harvest 80 bags of 110 kg per acre, which is four times what she had produced in the previous harvest. She is very happy with this result and further pleased that the project has linked the farmers to buyers which will guarantee her more security. The increased yield will also result in increased income to her family and food security for the community where the majority of smallholder farmers are women and youth. As a result of the project and this initial success, the County Government has also promised the farmers that together with the National Government, they plan to build low-cost potato storage facilities which will be an important further support so that farmers can avoid over-supplying markets at the same time, and therefore attracting lower prices. The model for the storage facilities will build on a project funded by Irish Aid in 2017. 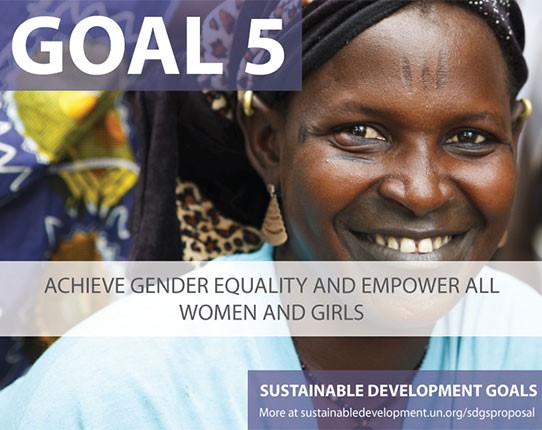