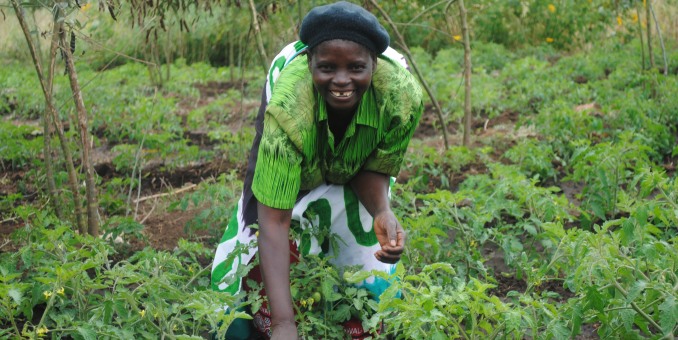 The number of children under five getting adequate nutrition has grown from 1.2% to 17.6%.

Mary Zumbuza, 51, lives in the Makwangwala Traditional Authority Ntcheu District, with five children, and four grandchildren. Before the irrigation scheme Mary planted maize during the rainy season, but her small plot never produced enough food for the whole year and her family often went hungry in the months before the harvest.

An irrigation system, built under a Local Development Support Programme implemented by Concern Universal with Irish Aid funding, has made it possible to grow crops outside the rainy season. Mary now grows maize, tomatoes, onions, and green vegetables using certified seeds, and her family has food all year round. Mary was also able to grow surplus crops which she sold, using the profits to buy a goat and some chickens, pay school fees and acquire a radio.

The programme goes beyond the new irrigation system. Mary received training on nutrition and advice on reducing the risk of malaria as well as access to HIV and AIDS Testing and Counselling (HTC).

Across the Makwangwala Traditional Authority, a quarter of households now have access to some irrigated land. The number of children under five getting adequate nutrition has grown from 1.2% to 17.6%. The number of adults accessing HTC has increased by 64%. Malaria cases have decreased by 40%. The level of household income derived from business activities has increased from 19% to 25.4%.