Responding to Gender Based Violence in Uganda 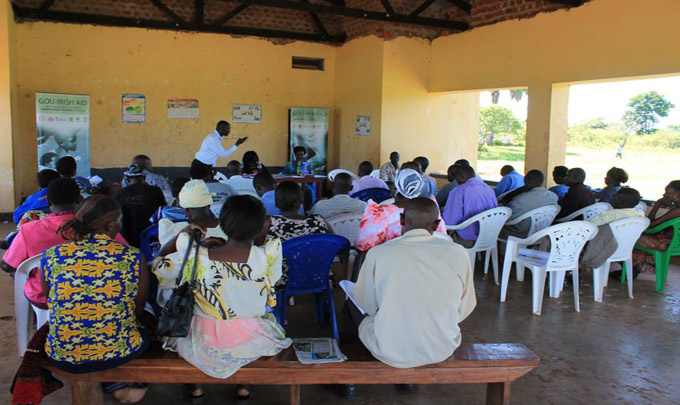 Responding to Gender Based Violence in Uganda

In the Eastern part of Uganda, Gender Based Violence (GBV) rates are higher than anywhere else in the country. In response to this, Irish Aid is supporting a programme to address GBV in Busoga region, together with the Government of Uganda and civil society organisations.

Kamuli is one of the districts in the region that is benefitting from this programme, where a GBV Advisory Centre is providing legal and counselling services to victims of gender based violence.

Judith, an inspired and dedicated change maker, is a Legal Officer and Manager at the GBV Advisory Centre. She explains how before the Centre was set up, there were no lawyers, weak systems, and many victimized women in the community. The programme began by training duty bearers, such as police, local government and judicial officials. After empowering them with information on GBV, they became more involved and the number of reported cases rapidly rose.

The Advisory Centre has since become a sanctuary for victims, providing support and guidance to treat a silent epidemic. As an extension of the programme, a Shelter was launched where vulnerable women can now stay temporarily, as their cases are handled. The Uganda Women’s Network (UWONET) operates the Advisory Centre and the Shelter, while the Centre for Domestic Violence Prevention (CEDOVIP) extends into villages and sensitizes communities.

Women now arrive daily at the Centre, seeking assistance, often from neighbouring districts. A handful of staff escort victims to the police and to court, provide mediation, home visits and case management. Referral pathways are now in place, and cases are followed carefully. Nine months after the Advisory Centre opened in Kamuli, 1611 cases had already been reported.

'We are seeing a change, with more people reporting gender-based violence. GBV is from our grandparents, so er have to shift the mindset. Poverty is also a key driver of violence.' Judith

“We are seeing a change, with more people reporting gender-based violence. GBV is from our grandparents, so we have to shift the mindset. Poverty is also a key driver of violence” - Judith

At the community level, impact is visible, according to the Advisory Centre staff. Men are starting to champion GBV prevention, and duty bearers are also teaching the community about GBV. Judith is hopeful that in five years time, the police themselves will be experts.

Other successes are noted by the staff, including doctors no longer extracting money for sexual gender based violence cases and police now taking fees only for assault cases. This is significant as it breaks down barriers for women to report what is happening to them. The GBV Advisory Centre has helped disseminate information on women’s rights and this is impacting the community. People are also seeing changes in particular families, who have gone through mediation, and come out more peaceful.

With all of the demand for the services of the GBV Advisory Centre, even late into the evening there are still several women seated patiently on benches, as staff members continue working for fear of turning anyone away.