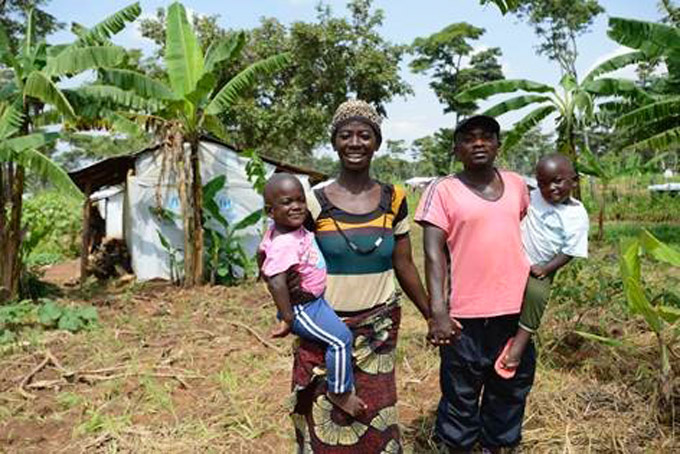 Tom Corcoran was deployed by Irish Aid to Tanzania in late 2015 to work with UNHCR as a shelter officer to assist refugees in western Tanzania.

Tom Corcoran was deployed by Irish Aid to Tanzania in late 2015 to work with UNHCR as a shelter officer to assist refugees in western Tanzania. Tom takes up his story below:

My role was to lead the Tanzanian shelter response for two newly opened refugee camps, Nduta and Mtendeli camp, in the Kibondo districts of the Kigoma region.

The role is primarily coordinating the shelter response including advising, monitoring and supervising Non-Government Organisation (NGO) partners as well as liaising with Government departments on shelter environmental issues as they relate to the humanitarian response. Most days are spent in the camps developing shelter solutions and ensuring all refugees are accommodated in secure emergency shelters in appropriate areas of the camps. To do effective shelter work, the participation of the refugee community is critical for success.

To do this I spent time building trust and relationships with key refugee leaders throughout the camp. One such leader was Emanuel, a Burundian refugee who arrived in Tanzania with his wife and two young boys in May 2015. He always stood out in the crowd of workers with his bright pink shirt, big smile and infectious laugh. Emanuel was a school teacher in his home country of Burundi. He is well educated, speaks four languages and is a caring husband and father.

I quickly recognised Emanuel’s organisational skills and his ability to always ensure vulnerable women, the elderly and persons living with a disability were involved in work wherever possible. Due to our close working relationship, today Emanuel is heading up the refugee community mobilisation programme for UNHCR’s shelter programme. His work contributes to the well-being of others, and has also given him the opportunity to learn new skills and earn a regular income that helps support his family.