An estimated 257 million people around the world are living with Hepatitis B infection. Hepatitis B is a viral infection that attacks the liver and can cause acute (short term) or chronic (long term) infection and puts people at high risk of death from cirrhosis and liver cancer.

While there is no cure for chronic Hepatitis B infection, antiviral medications can be used to protect against liver damage. However these medications have many side effects and will not clear the infection.

Luckily, there is a vaccine to protect against Hepatitis B infection. The vaccine was first introduced in 1981, but by 2000 only 22 low income countries had adopted it, and Hepatitis B was killing 900,000 people per year, mostly in the developing world.

Gavi, The Vaccine Alliance, is a public-private partnership that was formed in January 2000 to reach children in developing countries, who need vaccines most. The Alliance brings together key UN agencies, the World Bank, the Bill &Melinda Gates Foundation, governments, the vaccine industry, private sector and civil society organisations.

Gavi has been a partner of Ireland since 2006, and since then we have provided over €37 million in funding to the Alliance. Gavi's mission is to save children's lives and protect people's health by increasing equitable use of vaccines in lower-income countries, and to date close to half a billion additional children have been vaccinated, and five million lives have been saved with Gavi support.

Ireland also supports the routine vaccination of children through our bilateral programme in our Key Partner Countries, by supporting the health sectors in Mozambique, Tanzania, Liberia, Zimbabwe and Ethiopia. 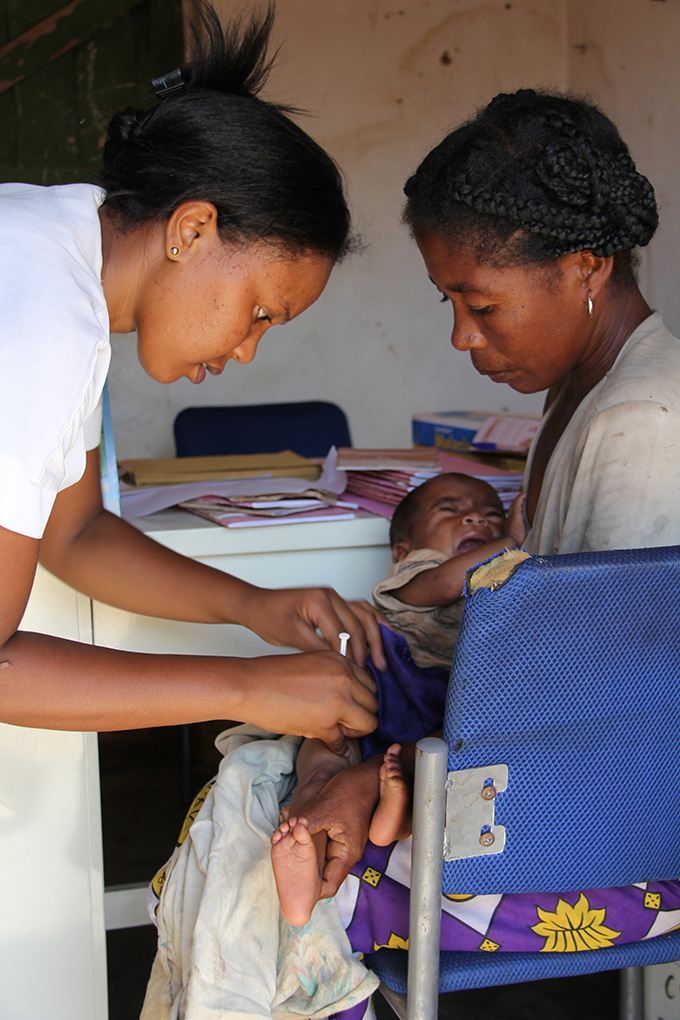 Hantamalala Ramanandraibe immunises a child with a GAVI-supported vaccine, the pentavalent vaccine, at the health post in Ankariera, a small settlement in southern Madagascar.