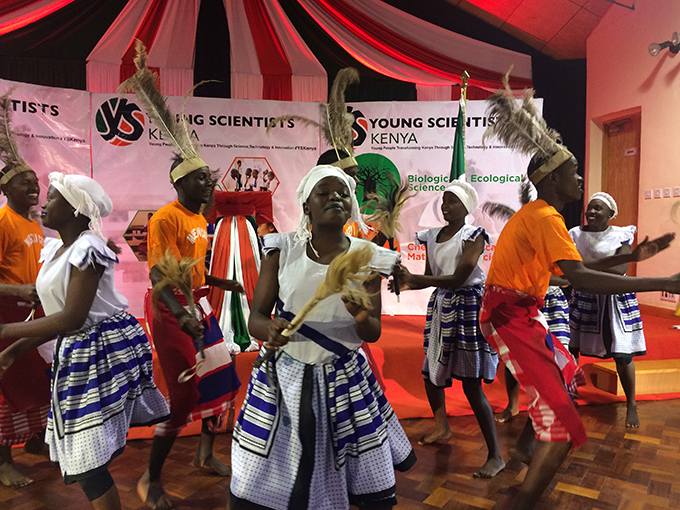 On July 5th, 2017 Cabinet Secretary for Education Fred Matiang’i launched Young Scientists Kenya at an event held in the CEMASTA Centre in Nairobi. He was joined at the launch by Dr. Vincent O’Neill, Irish Ambassador to Kenya: Professor Tony Scott, Founder of Young Science and Technology Exhibition (Ireland).

Young Scientists Kenya (YSK) has been launched following discussions between the Ministry of Education and the Embassy of Ireland over the past 18 months. 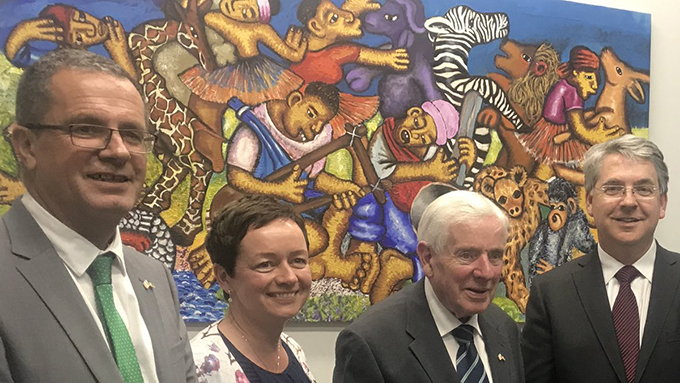 YSK will be the premier national secondary schools competition for science and technology in Kenya. It will complement the Kenya Science and Engineering Fair, other inter-schools competitions in Science, Technology, Engineering and Mathematics (STEM). It will build upon and have formal links with the successful Young Scientist and Technology Exhibition which has been held in Ireland for the last 55 years.

It is intended that YSK will incentivise the learning of science in secondary schools. It will assist teachers and provide key links between secondary schools and tertiary level institutions. YSK will be piloted in 10 counties over the next year before being rolled out as a national programme.

The winners of the competition will be invited to engage with interested private sector companies and to participate in international science and technology events.

YSK has been supported by funding from Irish Aid and it is also supported by the Government of Kenya and funded by private sector sponsorship. It will be overseen by an independent Management Board. It will provide very substantial rewards for students who win prizes in each of the competition categories. Blaze Safaricom has already committed funding of the competition of KES 20 million for the next year.

I’m very excited about this new initiative. Helping incentivise students to excel in science will directly impact on Kenya’s social and economic development. It will ultimately help young people improve their skills, get jobs and contribute to achieving Vision 2030 targets.

In Ireland, the Young Scientist and Technology Exhibition has hugely contributed to the uptake of science in secondary schools and the quality of its teaching. I have no doubt that similar benefits will occur in Kenya as a result of the launch of YSK. Ireland remains committed to supporting this initiative to ensure its success.

I’m delighted to be able to witness the expansion of the Young Scientists concept beyond Ireland to Kenya and Tanzania. I have every confidence that Young Scientists Kenya will assist in transforming Kenya, allowing them to positively contribute to social and economic development in the country.

The proposed model is based on the BT-Young Scientist and Technologist Exhibitions (BT-YSTE) of Ireland which was started in the 1960's by Dr. Tony Scott (who attended the YSK launch at CEMASTEA) and the late Fr. Tom Burke. This initiative has been hugely successful and has directly contributed to Ireland’s success as a leading European knowledge economy. 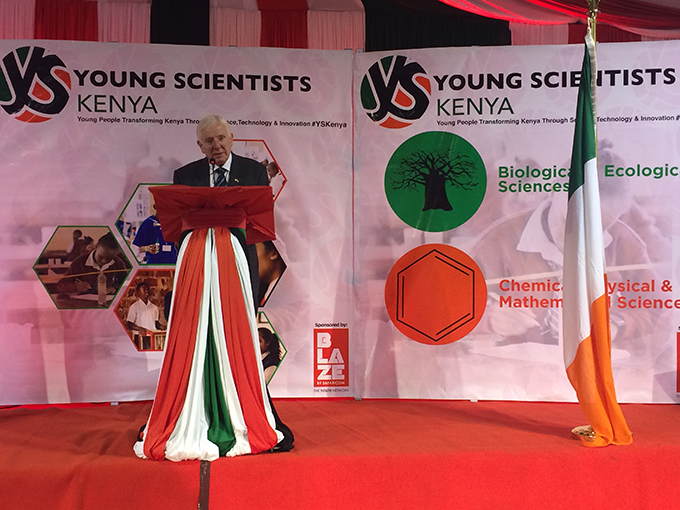 The objective of YSK is to popularise science through an attractive annual exhibition and competitions that schools and students can participate in. Schools that are participating have been supported through workshops for teachers. Students will receive mentoring / practical advice on research methodologies but the students themselves are encouraged to generate the ideas for the projects based on the realities in their communities.  Additional technical support will be provided to the teachers and students through science advisors and appropriate mentors from academia, teacher training colleges, universities and other third level institutions such as NGOs and the private sector.

At the annual YSK exhibition, young Kenyan scientists will share with us their passion and enthusiasm for the projects they have researched and developed. These projects will be ranging from the Behavioural and Social Sciences, Biological and Ecological Sciences, Chemical, Physical and Mathematical Sciences and Technology. This will give students confidence to engage with various scientific methods and tools.  Participation in the exhibition will generate greater confidence in young people in their abilities to identify innovative ways to tackle many of the problems that retard development.