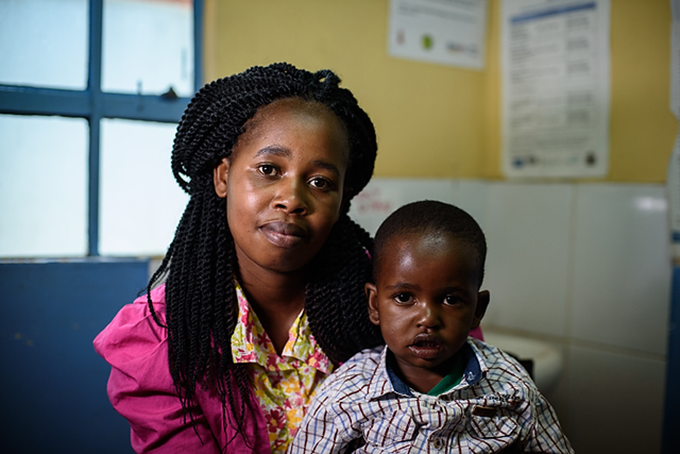 New Hope for Children with TB

Tuberculosis (TB), often thought to be a disease of the past, is in fact the world’s leading infectious disease killer. TB can take hold in anyone who breathes, but it especially targets the vulnerable, and is a major killer of children worldwide.

According to the World Health Organization (WHO), 210,000 children die of this preventable, treatable, and curable disease each year, or nearly 575 per day.

Irish Aid has supported the TB Alliance since 2006, and since then we have committed over €15 million to help TB Alliance develop new drugs to combat TB, and ensure that poor and marginalized people have access to treatment.

As we mark World TB Day on March 24th, the anniversary of Dr. Robert Koch’s announcement of the discovery of Mycobacterium tuberculosis—the bacterial cause of TB—it’s important to draw attention to those countries that are making progress in addressing this epidemic.

With support from Irish Aid and through partnership with TB Alliance, the global introduction of improved child-friendly TB treatments in the correct doses has been an important milestone in the fight against TB. Last year, Kenya became the first country to launch the improved TB medicines nationally.

In a video marking the launch of the medicines in Kenya, Sarah Mulera, a TB Alliance community representative based in Kenya, explains the difficulties of the old treatment and the benefits of this new treatment for children and their parents worldwide.

Tanzania will pilot these improved medicines in Dar es Salaam in the summer of 2017, to be followed by a country-wide rollout in 2018. Tanzania is one of Irish Aid’s Key Priority Countries for international development support, and is playing a leading role in the fight against childhood TB, and we anticipate many more countries will follow in the years to come.

In addition to supporting countries in their fight against TB, Irish Aid is raising its voice in support of the Louder than TB campaign. This campaign, an international group of more than 50 organizations, is working to improve global awareness of the TB burden, the increasing challenge of drug resistance, and the urgent need for continued investment in research and development of new TB drugs, diagnostic tools, and vaccines.

Ireland’s support to the TB Alliance is one aspect of our work in the fight against TB. Examples of our other support include over €183 million since 2002 to the Global Fund to Fight AIDS, Tuberculosis and Malaria, whose work has also played a substantial role in contributing to the 31% decline in deaths from Tuberculosis in countries where the Global Fund operates and our country programmes in our Key Priority Countries. In those country programmes where we support the health sector, our focus is on ensuring that poor and marginalised citizens have sustainable access to health services including treatment for diseases of poverty such as Tuberculosis.