Sierra Leone Community of Practice on Gender Based Violence (GBV) 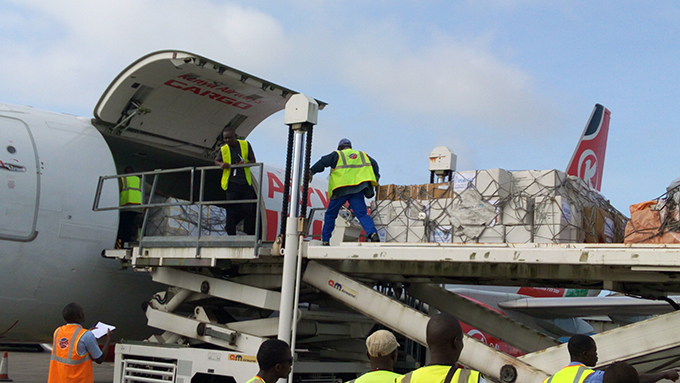 In August, a devastating mudslide and flooding caused over 500 deaths and made thousands homeless in Freetown, the capital of Sierra Leone.  People were moved to temporary camps around Freetown, with the Office of National Security coordinating relief efforts.  Like many emergency situations priority was given to shelter, water, food and sanitation with protection issues receiving less attention.

A Community of Practice (COP) on Gender Based Violence (GBV) that had been set up in 2016 was working in this emergency situation to ensure that women and girls were safe in the camps. This work was necessary as it became clear that women were at risk of violence in the temporary camps, with reporting and coordination on GBV being inadequate. Members of the COP worked with government, camp and security personnel to respond to GBV in this emergency situation.  The COP also developed incident report forms for documenting cases and trained protection officers and NGO field staff on their use.  Their work also involved speaking to camp communities including adolescents about GBV and how to report abuse.

Ireland has been a leading voice on addressing gender based violence in Sierra Leone for over a decade and was active in the country’s National Committee on GBV which successfully campaigned for the enactment of three “Gender Laws” which include the Domestic Violence Act, the Registration of Customary Marriage and Divorce Act and the Devolution of Estates Act, as well as the Sexual Offences Act.

In 2016 a GBV Consortium in Sierra Leone, comprising Irish Aid- funded organisations working on the issue, was established in order to better coordinate, share learning and undertake joint advocacy.  The consortium worked with the National Committee on GBV to organise the 16 Days of Activism campaign in 2016, bringing particular attention to the lack of funding for services for GBV survivors.  Following this initiative, other national and international organisations showed interest in working collectively on GBV issues and an advocacy alliance known Community of Practice (COP) on GBV was formed in May 2017.

The Community of Practice (COP) on GBV is a platform where organisations  working to address GBV come together to learn from each other, share best practice,  evidence-based resources, case studies, methodologies, approaches and strategies relating to the work they do to reduce GBV specifically, violence against Women and Girls.

As well as working in Freetown during the emergency situation following the mudslide, another area of success that the COP has had is that advocacy undertaken by the COP resulted in the Chief Medical Officer instructing the Medical Superintendents in Sierra Leone to provide free health services to survivors of GBV; this is a provision of the Sexual Offences Act but was not being implemented.

These actions strengthened the relationship between the COP and the Ministry and this year (2017), the Ministry has requested that the COP lead the 16 Days of Activism campaign.

Gender equality and women’s empowerment is at the core of Ireland’s International Development Programme, One World, One Future. We believe that gender equality is a prerequisite to development and we are committed to developing and supporting gender-responsive programming and policy.

The Sustainable Development Goals, agreed by the Global community in 2015, include one   specifically on achieving gender equality and empowering all women and girls. Goal number 5, contains targets on ending all forms of violence and harmful practices against women and girls.

One in three women worldwide experience physical and/or sexual violence. This can have a serious impact on the health and well-being of survivors with long-lasting physical and psychological effects. Fear of GBV can often inhibit women’s participation in decision-making and leadership. The prevalence of GBV is also particularly high at times of humanitarian emergencies, especially in times of conflict, when normal systems of protection are often undermined.

As a result, Irish Aid has prioritised policy development, funding and research to address GBV.