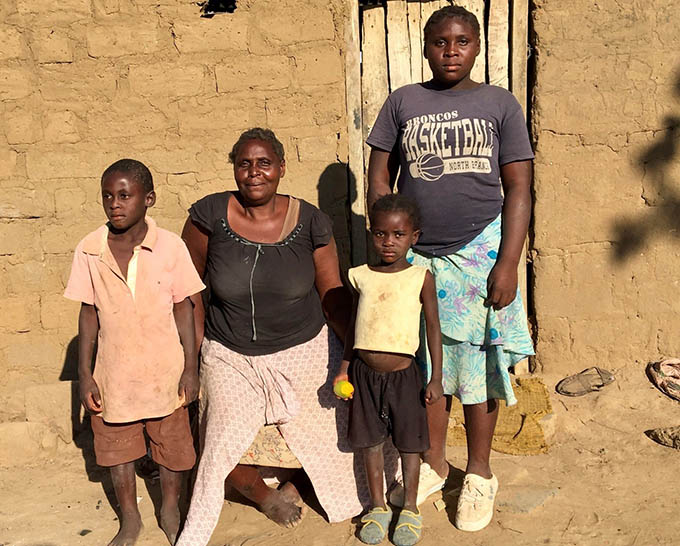 Estelle in front of her house with her children

50 year old Ms. Estelli Hamweene, who lives with her 6 children in a rural village in Monze district, is just one example of a worthy beneficiary of the cash transfer programme.  As Estelli is living with a disability, she qualifies to receive a social cash transfer of K280, equivalent to approximately €26, every two months.  This enables her to send 3 of her children to school, access piped water close to her home, and grow a garden of vegetables to feed her family.  She has also managed to put a new roof on her house with iron sheets and buy 20 goats and 6 chickens – all since she started availing of the cash transfers in 2008. In times of emergency, Estelli is able to sell a goat or chicken to raise money.  Estelli says the cash transfer programme has raised her confidence, she now considers herself to be a valuable member of her community.

What began in 2003 as a small donor-led pilot project in one of Zambia’s rural districts, has now evolved to become a government-owned and funded nationwide programme, which has been shown to reduce the severity of poverty by 11% at household level.

Irish Aid has advocated strongly for greater government ownership and investment in the programme. These efforts have resulted in the development of a social protection policy and the scale-up of the cash-transfer programme countrywide, expanding both coverage and reach from 4 districts and 7,900 beneficiaries, in 2008 to 106 districts and 242,000 beneficiary families in 2016.  Ireland has spent approximately €10 million supporting the government to build the social cash transfer system and document evidence of its impact. 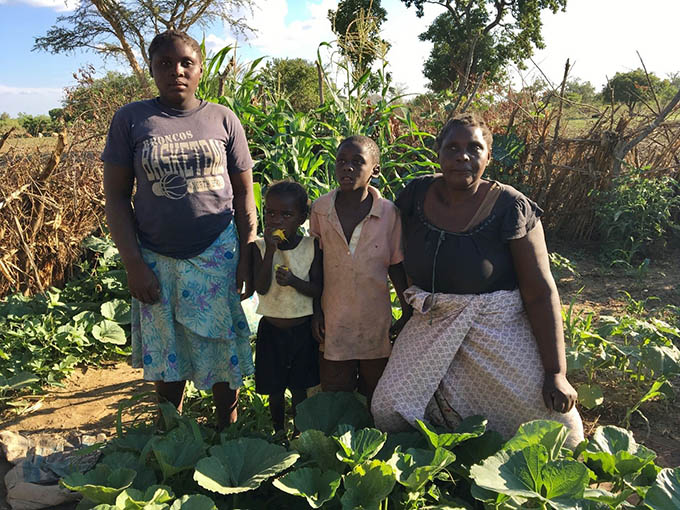 Estelle in her garden with her children