At more than ten times the size of Ireland and with an estimated population of 47m, Tanzania is the largest country in East Africa. The Tanzanian economy has grown considerably during the last ten years and poverty rates have declined but the pace and depth of poverty reduction means that not everyone has benefited. Twelve million Tanzanian live below the national poverty line defined at the point where people are unable to meet their basic needs. One in ten Tanzanians are extremely poor, unable to afford their basic food requirements, and poor health and malnutrition affect a significant proportion of the population contributing further to their poverty. Irish Aid is working closely with the Tanzanian government and a range of non-governmental organisations to ensure that rural poor households, in particular women and children, earn enough to sustain and feed their families, are better nourished and live longer healthier lives.

Tanzania at a glance 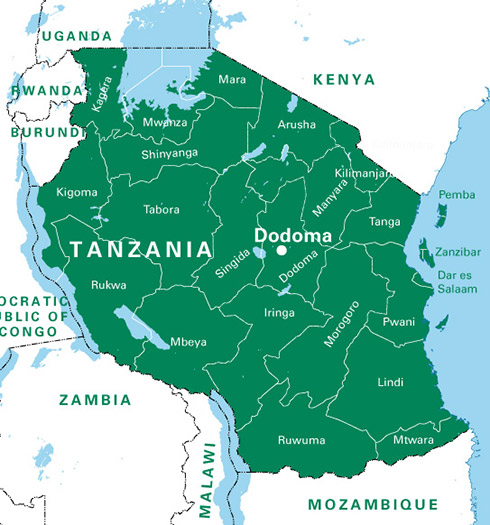 Irish Aid has been providing development assistance to Tanzania since 1975 and launched its aid programme in 1979 with the opening of a Development Cooperation Office in Dar es Salaam. Since then, we have worked with a variety of partner organisations including government institutions, UN agencies, international research institutions, civil society organisations and donor agencies to deliver on our overall goal of inclusive growth and reduced poverty and vulnerability in Tanzania.

We have set out our objectives in our Tanzania Country Strategy Paper which has a significant emphasis on building government systems and a focus on partnership and interventions that deliver results for the poor and vulnerable. The new strategy runs from 2017-2021. Our objectives focus on agriculture, nutrition, health and governance and are aligned with the priorities of the Tanzanian Government’s National Development Plan.

As well as providing assistance through our bilateral aid programme, we support the work of local and international aid agencies and missionary organisations in Tanzania through our civil society funding schemes.

We also support a number of research and learning partnerships between higher education institutions in Ireland and Tanzania.

Since gaining its independence in 1961, Tanzania has enjoyed good relations with its neighbours and has been active in promoting efforts to resolve conflict in the region.

With the introduction of a multiparty political system in 1992, Tanzania has strengthened democracy and political freedoms. Over the last number of years, political opposition, the media and civil society have all become notably more assertive.  The parliament, whose sessions are broadcast live, has played an important role in enhancing accountability and increasing public interest in political issues.  Public sector reform, particularly in the area of public financial management and audit have contributed to increased accountability and are active agents in the fight against corruption. The country also recently joined the Open Government Partnership, a new multilateral initiative that aims to secure concrete commitments from governments to promote transparency, empower citizens, fight corruption and harness new technologies to strengthen governance.

Based on Tanzania’s Constitution, Presidential, parliamentary and local government  elections  are every five years and Presidential term limits are strictly adhered to. In October 2015 Tanzania will go to the polls to elect a new President as President Kikwete prepares to hand over power to his successor.Preparations have been underway for some time and a biometric voter registration process is  complete with voters turning out in large numbers toregister. .   Ireland is supporting the election preparation through a UNDP Democratic Empowerment Programme with a particular focus on voter education.  Tanzania has made sustained efforts to promote participation of women in parliament. The Embassy has recently signed an agreement with the Women Fund Tanzania to increase the voice and participation of women in upcoming elections and in post-election processes such as monitoring implementation of campaign promises. 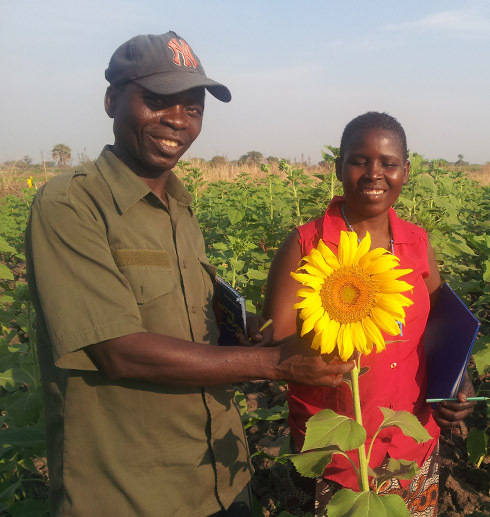 Tanzania’s economy is one of the fastest growing in the world, with 7% growth in Gross Domestic Product (GDP). This growth is due in particular to strong performances in the services (especially telecommunications), construction, and manufacturing sectors. The country has experienced relatively high growth over the past decade as a result of sound macroeconomic policies and economic liberalisation;  poor energy and transport infrastructure are key constraints on growth and removing these bottlenecks will be necessary if growth is to be broad based and more inclusive.

Agriculture and fishing is the largest economic sector accounting for one third of GDP and employing two thirds of Tanzanians, but has experienced much lower growth.  The majority of crop production takes place on smallholder, subsistence farms largely using hand tools. Most farm produce is sold in raw form with little value addition. There are over 15 million smallholder farmers in Tanzania, around half of whom are women.

Agricultural incomes are stagnant due to  a lack of infrastructure, particularly in irrigation, storage and transport, which hampers farmers’ ability to produce sufficient food and get it to market.

Rising food and fuel prices are a serious concern for the public. However, recently discovered oil and gas deposits, if well managed, are likely to have a significant impact on growth and prosperity in the medium to long term. Tanzania is still considered to be “one of Africa’s Sleeping Agricultural Giants” because its abundant land, water resources and rich soils have the potential to provide food not only for the country but the wider region.

Tanzania is ranked 159 out of 187 on the 2014 United Nation’s Human Development Index (Ireland is ranked eleventh). Tanzania has made good progress towards achieving the Millennium Development Goals, particularly in education and environmental sustainability. Infant and maternal mortality rates have fallen and over 90% of children are vaccinated against diphtheria, whooping cough and tetanus. Despite the fact that sustained progress has been recorded on the prevention of HIV and AIDS and malaria, the nutritional status of children is of concern with 42% of children under five considered to be stunted or too short for their age.

An estimated 28.2% of the population live below the national poverty line of approximately $1.00 a day (at 2005 purchasing power parities). . When using the international poverty line of $1.25 per person per day the proportion jumps more than 15 percentage points to 43.5%, this means that a large number of households are hovering just above the national poverty line and are vulnerable to falling into poverty. Poverty is more severe in rural areas, where 80% of the population live, and highest among households, including pastoralists, that depend on agriculture for their livelihood. These households are particularly vulnerable to drought, disease or food price fluctuations and are a focus of Ireland’s aid programme in Tanzania.

Ireland has a long and enduring partnership with Tanzania. It is grounded in a shared history of colonialism and years of people-to-people links, political exchanges and cooperation in development. Ireland’s official aid programme in Tanzania began in 1979.

Irish Aid recognises that productive economic activities are critical to breaking the cycle of poverty, through increasing incomes, better opportunities for decent employment and engagement in social protection.

Since those most excluded from the Tanzanian economy are women and young people, Irish Aid places a particular focus on women’s economic empowerment and youth employment. We are committed to strengthening the capacity of Tanzanian research institutions in the area of socio-economic transformation and to ensure that the policy and political dialogue on economic growth is influenced by good evidence on what works effectively.

Improve reproductive health and nutrition for women and children

Irish Aid’s support is aimed at improving reproductive health and nutrition for women and girls through linking efforts on health, nutrition and gender equality. This in turn links to our work on safer and healthier lives for women and children.  Our support is focused on improving primary health care, access to services, and community partnership in service delivery. Irish Aid also supports community nutrition programmes.

Women’s rights and a free media

Irish Aid supports organisations that promote the rights of women and girls; including tackling gender-based violence, encouraging women’s political participation and supporting women’s associations. We also support Tanzania’s media space, through support to journalists and media institutions that give a voice to marginalised communities and that promote access to information.

The Great Lakes region is volatile and is likely to remain so in the coming period. Insecurity and displacement has already affected Tanzania. In 2018, Irish Aid provided €1 million to UNHCR to respond to the health needs of 320,000 Burundian and Congolese refugees living in refugee camps in Kigoma region.

We work in partnership with the Government of Tanzania, other donors, civil society organisations and multi-lateral institutions to deliver our programme. Our expenditure in 2015 was in excess of €26 million. 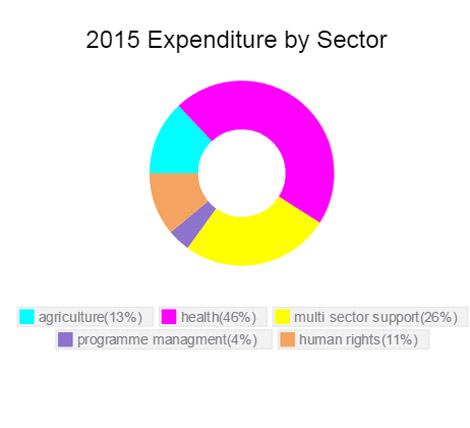 Irish Aid has played its part in the progress made by Tanzania. With our support:

Irish Aid’s Tanzania Country Strategy Paper 2017-2021 sets out how we respond to the changing development environment in Tanzania.