Timor Leste is situated in southeast Asia at the eastern end of the Indonesian archipelago. It is one of the world’s youngest nations, having attained formal independence in May 2002. Since 2003, Ireland has supported Timor Leste by helping to strengthen government systems to lead the country to equitable and sustainable development.  We focus on ensuring that poor and vulnerable communities have access to essential services and jobs through stronger effective local government, strengthening the participation of women and men in decision making and working to reduce conflict.

Timor Leste at a glance 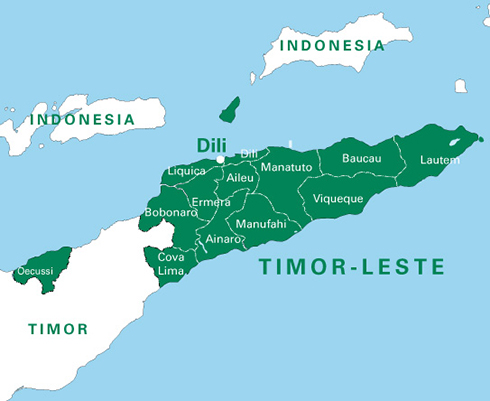 Ireland’s engagement with Timor Leste arose from the active role played by Ireland in the lead-up to its independence.  After an initial period of humanitarian assistance, Timor Leste became a ‘priority country’ to receive Irish Aid assistance in March 2003.

Since then, we have worked with a variety of partner organisations including government institutions, UN agencies, international research institutions, civil society organisations and other aid agencies to support peace, stability and development in Timor Leste.

The goal of our Country Strategy for Timor Leste (2010-2013) is ‘Building Peace and Reducing Poverty’. This innovative programme integrates development projects and conflict resolution activities across the Department of Foreign Affairs and Trade.  The strategy is aligned with Timor Leste’s own Strategic Development Plan 2011-2030 (PDF, 15.16mb), which focuses on social, infrastructural and economic development.

As well as our bilateral aid programme, Irish Aid supports the work of local and international aid agencies through our civil society funding schemes .

Following a Government decision, the Irish Aid Representative Office in Dili closed in October 2012. However, Irish Aid continues to support initiatives in Timor Leste under our current Country Strategy, which operates until the end of 2013.

Timor Leste is one of Asia’s youngest countries, having gained formal independence in May 2002. Since then, the country has made considerable progress in putting government structures in place, with support from the international community.

Stability and security are underpinned by the presence of the special UN Integrated Mission in Timor Leste (UNMIT) and an International Stabilisation Force (ISF), currently made up of troops from Australia and New Zealand. However, these are expected to withdraw from Timor Leste by the end of 2012.

There have been many positive developments domestically in Timor Leste, the most notable being the recent presidential and parliamentary elections, which were deemed credible and transparent, and the subsequent handover of power, which was relatively peaceful.

Timor Leste is still in the process of building a stable government and administration. So helping to strengthen the capacity of government systems remains central to the efforts of the international community. Overall, there is a sense of optimism and growing confidence among the Timorese.

Timor Leste experienced strong growth at around 10.6% in 2011. This growth has been driven mostly by petroleum wealth.  The country faces many challenges in translating its oil and gas wealth into development gains and improved living conditions for its people. Nearly 80% of the country’s poor depend on the agricultural sector for their livelihood. The economy is still underdeveloped with widespread unemployment, poor infrastructure and limited private investment.

However, Timor Leste’s growing petroleum revenues, if managed effectively, could fast-track its development. The Government, together with international development partners, are making efforts to meet the demand for basic services for a rapidly-growing population whose expectations have been raised as a result of the discovery of oil. 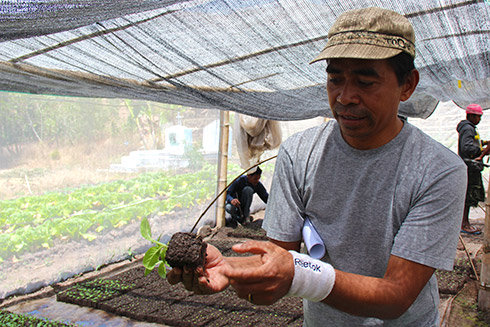 Progress toward the Millennium Development Goals in Timor Leste has been slow. Food insecurity still affects up to 70% of households during the lean season (December to February). This worsens the poor nutritional status of women and, in particular, children (58% of children suffer from chronic under nutrition).

Women’s health is another significant challenge in Timor Leste. The country has one of the highest rates of maternal mortality in the world. More than 40% of Timorese women who die between the ages of 15 and 49 die from pregnancy-related complications.

While there has been progress in improving literacy rates and health outcomes, women have lower literacy rates than men, especially in rural areas, where more than 60% remain illiterate.

‌Irish Aid’s priority is to assist the Timorese people in leading their own development and their country’s transition from fragility to stability. We do this by supporting the development of accountable, responsive and efficient government structures, a strong and vibrant civil society and an informed and equal electorate that has the knowledge and ability to contribute to the country’s development.

Increasing the delivery of basic services at the local level, promoting the engagement of citizens in their own development and helping to reduce conflict and strengthen stability are our main priorities. And across all the programmes, we ensure that the needs and voices of women are taken into account 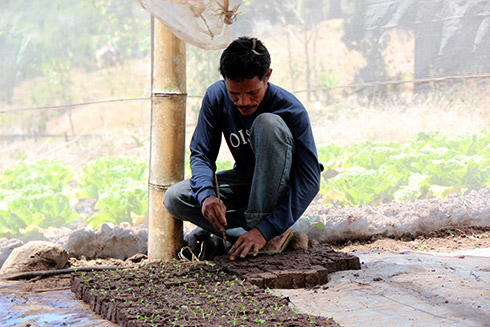 We have a twin track approach: delivering services to poor communities at the local level while at the same time supporting business development and job creation.

We support a private sector capacity development programme, the Business Opportunities and Support Services (BOSS) Project, run by the International Labour Organisation (ILO). This is aimed at creating an environment where micro and small businesses in the horticulture, livestock and tourism sectors can grow and expand. The programme also provides these emerging businesses and entrepreneurs with set-up guidance and support services. And it gives local contractors technical skills, to assist them in tendering for large contracts.

We support local civil society organisations who work to empower citizens to hold local government bodies accountable. We also support a UN (UNCDF-UNDP) Local Governance Support Programme. This programme has supported the establishment of decentralised government decision-making and expenditure systems, which allow local communities the opportunity to debate and decide on the projects their local government should support in their area.

Started in 2005 as a pilot, the programme was expanded to the whole country in 2010. It has supported 889 community projects to rehabilitate schools, health posts and roads and to provide clean water supplies. We have also supported the strengthening of the electoral system in Timor Leste.

Over the past number of years, we consistently worked with the Timorese government to improve gender equality. We are proud to have been a partner in the establishment of the office of the Secretary of State for the Promotion of Gender Equality and the subsequent establishment of inter-ministerial gender working groups.

We are a lead donor in the establishment of a Referral Network system, which provides support to victims of gender-based violence (GBV) in eight out of 13 districts in the country. This system provides legal advice, counselling, education and shelter for women and children affected by GBV. Through the UN, we have supported the holding of credible and transparent elections in 2012 where women’s participation and representation was greatly increased. In 2012, the number of elected women parliamentarians increased from 28% to 37%.

We have funded initiatives such as a conflict early warning and response system and a programme on peace, remembrance and reconciliation. And we have provided advice on security sector reform and support for structured high-level dialogue among rival leaders. 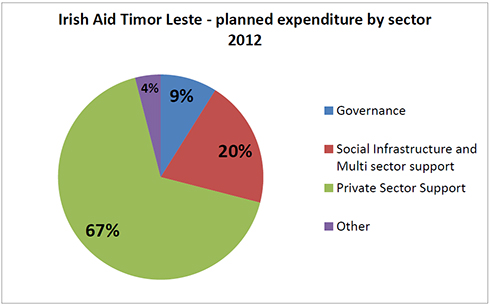 At national level, Timor Leste has made significant progress in these areas: 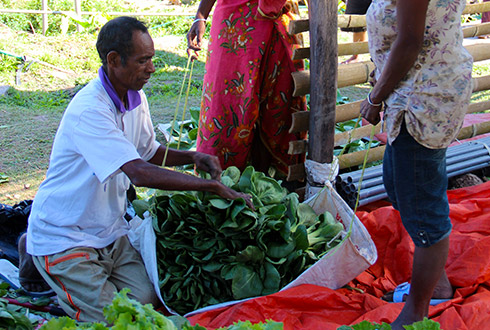 Irish Aid has played its part in the progress made by Timor Leste:

A referral network for victims of gender-based violence (GBV) now operates in 8 out of 13 districts of Timor Leste.