Its primary purpose is to promote open trade for the benefit of all countries.

Aid makes an important but a small contribution to a country’s sustainable economic and social development. Today, many developing countries are becoming less dependent on aid and are generating more of their own resources through trade and investment. Ireland is supporting these countries to grow their economies and use trade to generate the resources and income they need to be able lift themselves out of poverty.

Trade is central to economic growth and poverty reduction. Virtually every country that has achieved sustained economic growth has done so by opening up their economies. However, many low-income countries are still confronted by major obstacles in expanding and diversifying their trade.

Africa’s share of global exports still remains low at 3%. Countries that miss out on the benefits of global trade are locked out of opportunities to benefit from international expertise, low-cost production inputs and much-needed technology.

In recognition of the important role of trade, economic growth and generating domestic revenues, Ireland supports a range of initiatives and programmes at national and international level aimed at strengthening the capacity of developing countries to expand and benefit from international trade.

We have an increased focus on private sector development in many of our partner countries in Africa. Our work in this area is guided by the Africa Strategy of the Department of Foreign Affairs and Trade.

There is an increased awareness in Ireland and elsewhere about the importance of Fairtrade. In 2011 Irish consumers spent €159 million on products with the Fairtrade mark, up from €138 million the previous year.

Fairtrade is about better prices, decent working conditions, local sustainability, and fair terms of trade for farmers and workers in the developing world.

By requiring companies to pay sustainable prices (which must never fall lower than the market price), Fairtrade addresses the injustices of conventional trade, which traditionally discriminates against the poorest, weakest producers. It enables them to improve their position and have more control over their lives.

Countries in the developing world are becoming less dependent on aid, and keener to establish their positions in global trade and investment markets

Irish Aid provides support to enable producers in Central America and East Africa to increase the income earned from the sale of their products at fair trade prices and through greater access to markets in Ireland and elsewhere in Europe.

This includes the production and sale of certified sustainable products; support for an increasing number of small-scale producers to meet Fairtrade Certified standards and to strengthen producer organisations and co-operatives through capacity building at management level.

Since 2002, we have provided €20m to the Irish Fairtrade Network (IFTN) in support of their work with producers and development education work in Ireland.

The Africa Agri-Food Development Fund is developing partnerships between the Irish agri-food sector and African countries. These partnerships aim to support sustainable growth of the local food industry in Africa, build markets for local produce and support mutual trade between Ireland and Africa.

The Irish agri-food industry is expected to transfer knowledge and expertise to meet Africa’s food needs as well as exploring opportunities for long-term investment and mutually beneficial trade.

The Fund is a joint venture between the Department of Foreign Affairs and Trade and the Department of Agriculture, Food and the Marine, which have each committed €1 million for the period 2012-2014. The fund will focus on Kenya and Tanzania in the pilot phase. 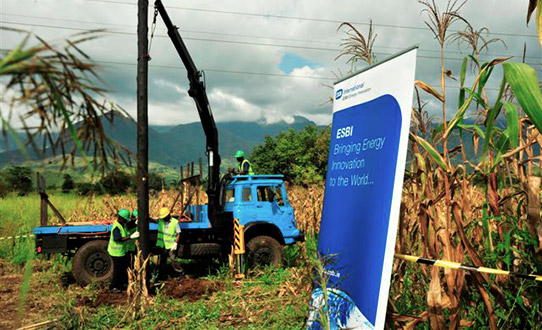 The Africa-Ireland Economic Forum was set up to create opportunities for businesses to meet with Irish and African Government representatives and explore how two-way trade and investment across Africa can be increased.

Ireland helps ensure that attention is paid to the specific needs and experience of developing countries in international (United Nations and World Trade Organisation) and EU trade policy and implementation.

Ireland also supports international organisations that provide assistance for developing countries to represent their needs in trade negotiations and to build capacity for increasing trade.

Learn more about Aid for Trade and other trade support policies

Its primary purpose is to promote open trade for the benefit of all countries.