Women are disproportionately affected by the impacts of climate change and they play a vital role as agents of change in addressing the climate crisis. This is highlighted in our policy brief, Women as agents of change: Towards and climate and gender justice approach. Gender equality, and supportive social movements and institutional transformation are critical elements for generating ambition in climate action and informing a people-centred global response.

Our international development policy, A Better World, prioritizes gender equality and climate action. In 2018, Ireland provided €80m in climate finance, demonstrating the achievement of the Programme for Government Commitment of €175m in climate finance over the period of 2016 to 2020. As we scale up our funding on climate action, we are committed to continuing to ensure a focus on women and girls. We direct the vast majority of our climate finance into climate adaptation, and channel it to sectors and interventions of greatest relevance to women, such as smallholder agriculture, household energy needs, and social protection.

Our support for more sustainable food systems includes a focus on the introduction of gender sensitive climate resilient agricultural practices. This includes support for post-harvest handling and market access for women farmers via our programmes in Zambia and Tanzania for example, reducing labour burden and generating higher incomes.

At the multilateral level, we continue to champion a gender responsive approach to climate action. In December 2015, 196 countries adopted the landmark ‘Paris Agreement’, during the annual conference of the United Nations Framework Convention on Climate Change (UNFCCC). Two years later, a Gender Action Plan was agreed, in which we played an active role. We continue to fund the implementation of the Gender Action Plan, supporting countries to achieve their goals on gender balance under the UNFCCC and gender-responsive climate policy.  In 2018 and 2019, as Chair of the UN Commission on the Status of Women, Ireland also provided critical leadership in ensuring the Commission conclusions included strong statements on gender and climate change. 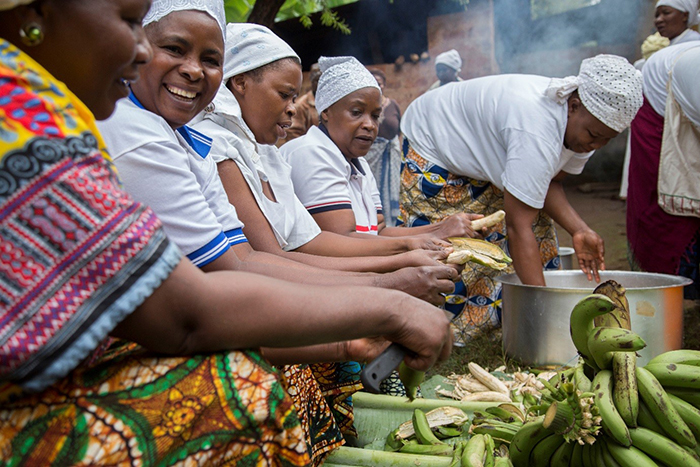