Our Partners and Related Links

Irish Consortium for Gender Based Violence

Gender-based violence affects millions around the world and prevents many people, the vast majority of whom are women, from reaching their full potential. It is one of the most pervasive but least recognised abuses of human rights. Ending gender-based violence is a central part of our work. ‌ 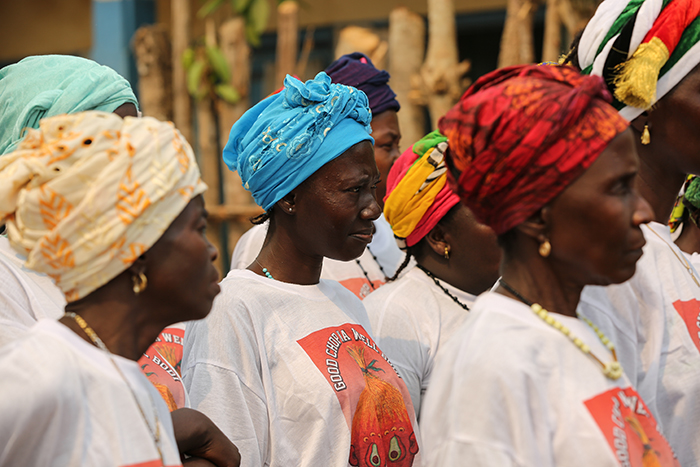 Gender-based violence (GBV) occurs in every country, in homes, streets and workplaces, and is particularly prevalent during times of conflicts and crises. The term is used to describe acts of sexual violence, physical violence and harmful traditional practices (such as female genital mutilation) that result in physical and psychological harm. ‌

Women are primarily, but not exclusively, affected with an estimated one in every three women being beaten, coerced into sex or otherwise abused during her lifetime. GBV is rooted in gender inequality, both reflecting and reinforcing inequities between women and men.

The prevalence of GBV is particularly high at times of humanitarian emergencies, especially in armed conflict, when normal systems of protection are undermined. It is often used as a strategy to displace populations, instil fear, and control people.

The social, human, and economic costs of gender-based violence are a huge obstacle to reducing poverty today.

Tackling gender-based violence is a priority for Irish Aid. We work with a range of government and civil society partners at community, national and international level to tackle both the causes and the effects of GBV and to ensure that policies are in place and are implemented. Our work aims to build awareness of the rights of women and expand women’s roles in the economic, social and political spheres.  It also seeks to engage men and boys on these issues

Ireland is working with partners to adapt and maintain essential GBV services in light of reports of increased incidence of GBV in the context of COVID-19. For example, in Zambia, support is being provided through the UN Joint Programme on GBV to expand the delivery of emergency shelter services for survivors of GBV. In South Africa, Ireland is supporting UN Women on the development of rapid referral systems for survivors of GBV. In Sierra Leone, Ireland is supporting government efforts to roll out one-stop centres that support the provision of GBV response services and working with UNFPA to adapt programmes that support the establishment of safe spaces for adolescent girls out of school.

In Liberia and Tanzania, Ireland is supporting partners working at community level in providing essential GBV prevention and response services. In Zimbabwe, Ireland is supporting the UN, government and civil society partners to establish GBV mitigation and prevention measures, while strengthening referral mechanisms and disseminating information about the availability and accessibility of GBV services. A strong focus is placed on working with women rights organisations and ensuring that gender equality is at the centre of the national humanitarian response. In Tanzania, we are funding UZIKWASA, an NGO that supports local village and district leaders to speak out against gender-based violence and encourage its reporting through coaching on reflective leadership and multimedia communication. The programme has helped the Pangani police force to adopt new behaviours and to take GBV, intimate partner violence, and child abuse seriously. This has resulted in faster processing of cases and an increase of reporting cases reaching court.

In our partner countries, we support a range of initiatives aimed at ending GBV, including efforts to enact legislation making GBV punishable by law. Legislation against GBV is now in place in the majority of our partner countries. For example, in 2010, gender-based violence was recognised as a crime by law in Timor Leste. The next challenge will be making sure that polices are put into practice. Civil society organisations (CSOs) are key partners in monitoring and strengthening accountability for commitments made.

We know that changing attitudes towards women is a proven way of breaking the cycle of poverty and violence but it is a long-term process.

We have provided funding for a programme in Uganda aimed at building the capacity of police, health workers and local government officials in how they work to prevent and respond to GBV. This programme is jointly implemented by government, aid agencies and a media production company.

Irish Aid is a member of the Irish Consortium on Gender Based Violence. The aim of the Consortium is to support members to build their capacity to design, implement, monitor and evaluate programmes to target GBV and to share learning and best practice

Our Partners and Related Links

Irish Consortium for Gender Based Violence