Read About Millennium Development Goal 6 which sets targets to combat HIV and AIDS, malaria and other diseases by 2015. (PDF)

Good health is fundamental to development, and yet many people around the world do not have access to basic healthcare. Irish Aid invests in research that focuses on improving the health of the poorest and most vulnerable. And we support a range of approaches to ensure that this knowledge gets to where it is needed most. 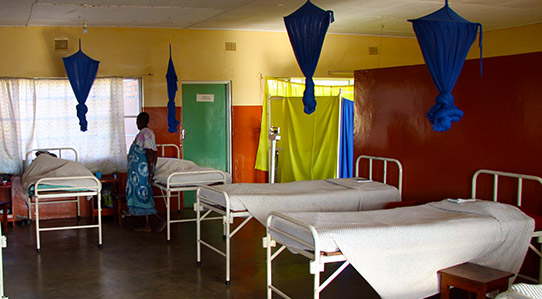 Sub-Saharan Africa suffers  90% of all malaria deaths. This wide region also accounts for two-thirds of  people living with HIV, and nearly one-third of all tuberculosis (TB) cases.

Women and children are disproportionately affected.It is known  know, for example, that HIV and AIDS is the world’s leading cause of death in women aged from 15 to 44, and that 86% of those who die from malaria are children under five years of age.

We work to reduce the key causes of illness and poor health among the poorest, especially women and children, and to strengthen the systems that deliver health services in poor countries.

We invest in research targeted at the main diseases of poverty – HIV and AIDS, tuberculosis (TB) and malaria, as well as supporting approaches to ensure that health research and knowledge benefit those who need it most.

Irish Aid supports a number of partnerships that are dedicated to the development of new products such as vaccines and medicines, as well as treatments for diseases that might otherwise go neglected by research. These partnerships are achieving concrete results:

Read About Millennium Development Goal 6 which sets targets to combat HIV and AIDS, malaria and other diseases by 2015. (PDF)