Since 2009, 80,000 more people are getting treatment for HIV in Mozambique

MDG 6 To combat HIV/AIDS, malaria and other diseases Factsheet

With increased access to treatment, millions of people living with AIDS now have the possibility of living full and active lives. We are contributing to global efforts to ensure that more people get the care and the effective treatment they need. 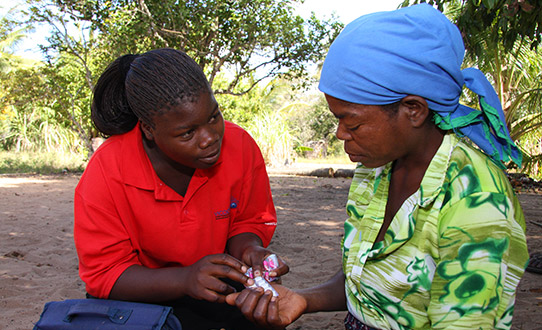 Reducing the impact of HIV and AIDS is a priority

The epidemic has had a devastating impact on the lives of millions of people who are living with HIV and AIDS. More than 34 million people worldwide are now living with HIV.

Sub-Saharan Africa is the region most affected, with nearly 1 in every 20 adults living with HIV.  Equally devastating is the impact on individuals, families and communities who have been affected, with the poor and women and children being disproportionately affected.

AIDS has claimed at least one million lives annually since 1998 and over 14 million children have been orphaned as a result of AIDS.  Their care often falls to those families and communities who themselves are struggling to survive, elderly grandparents and older siblings.

With increased access to treatment and antiretroviral therapy (ART), people with HIV and AIDS can now often live full and active lives.

Antiretroviral therapy has also been shown recently to be very effective (up to 96%) in preventing transmission. ART is also vital for preventing progression to AIDS amongst those who have been infected with HIV (known as secondary prevention).

And ART is a priority for pregnant women to prevent infection to the baby from the womb and during breast feeding, and ensure that the mother stays healthy to bring up her children.

But not for all

The cost of providing drugs and having the health infrastructure in place to ensure that treatment programmes are implemented effectively is putting huge strains on already weak health systems.

For those lucky enough to be on treatment programmes, adherence to ARV regimes is challenging and they continue to need structure and support as well as good nutrition.

Care and support for those living with HIV and AIDS is an ongoing challenge often borne by communities themselves.

There has been a concerted effort by the global community led by UNAIDS to prioritise increased access to treatment and care. Major funding mechanisms such as the Global Fund to fight AIDS, TB and Malaria (GFATM) have been established. GFATM has disbursed €13 billion to date, and is estimated to have saved 6.5 million lives.

We know that tackling the HIV and AIDS pandemic successfully depends on having a well-managed and a well-resourced response.

Our overall approach is to fund and support the national response to HIV and AIDS. And we work closely in partnership with governments, civil society organisations and international aid agencies and foundations such as the Clinton Foundation.

We support national efforts to provide treatment, care and support to those to those affected by HIV and AIDS.

Our focus is on ensuring effective basic services are available in countries in Southern and Eastern Africa, and we support a strengthened national response in line with internationally agreed approaches, such as the  UNAIDS Report Brief: A New Investment Framework for the Global HIV Response (PDF, 356.6kb).

Supporting home-based care for those living with HIV and AIDS

Local caregivers and home-based care organisations are playing a critical role in providing care and support in affected communities.  In Zimbabwe, for example, which has one of the highest HIV prevalence rates in the world, our HIV programme focuses on prevention, treatment, care and support.

We support a small number of non-governmental organisations (NGOs) and the Zimbabwean AIDS Network, a national network of over 200 civil society organisations who are responding to HIV and AIDS including the provision of home based care. Over 10,000 people benefited from Irish Aid support in 2011.

We are supporting a range of social protection programmes in our partner countries. These programmes are designed to assist poor families including those caring for orphans and child-headed households access the resources they need to better cope with, and recover from shocks, including those caused by loss of family members to HIV and AIDS. 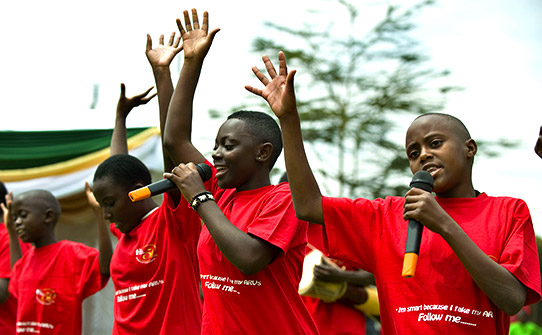 Through our partnership with the Clinton Foundation, we have contributed to increased access to treatment services for many thousands of people in Mozambique who are living with HIV and AIDS.

Over 66,000 women annually are accessing drugs to prevent HIV transmission from mother to child through 832 clinics, up from 877 through 9 clinics in 2003.

The Government of Mozambique is successfully rolling out treatment and prevention of mother-to-child transmission.

Health workers are being trained in the delivery of HIV services

Laboratory services needed for HIV testing are being improved and drug procurement and distribution is getting better.

Our contribution to global efforts

We have been a major contributor to the Global Fund to fight AIDS, TB and Malaria since it started in 2002 and it receives the majority of our funding for HIV and communicable diseases.   It is the world’s leading financing agency for health and specifically the three diseases it prioritises.

It is aimed at ensuring that countries implement their own programmes, based on their priorities, and it provides funding on the condition that proven results are being achieved.

Since 2009, 80,000 more people are getting treatment for HIV in Mozambique

MDG 6 To combat HIV/AIDS, malaria and other diseases Factsheet