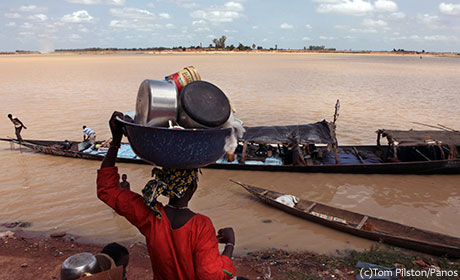 The EU has provided €116 million in life-saving emergency assistance to families and communities in need.

In January, the world watched with mounting concern as militants started to sweep down from the north to seize control of the entire country. Their campaign was narrowly averted by the prompt and decisive action of the international community, led by France with the support of neighbouring African countries and in line with UN Security Council efforts.

The sight of Mali’s people celebrating the departure of the brutal armed groups who had terrorised their towns and villages was heartening to all who have followed the unfolding crisis in the West African country.

Sadly, the conflict in Mali came on top of a devastating drought and hunger crisis in the wider Sahel region of Africa, which has threatened more than 10 million people across Chad, Niger, Mali and Burkina Faso. This crisis was already stretching governments and humanitarian agencies to their limits.

So while we welcomed the swift routing of rebel forces, we did so, like the Malians, in the knowledge that this was just the first step on a long road to recovery.

The conflict forced half a million Malian people to flee their homes, more than 160,000 of whom fled to refugee camps in neighbouring countries. Behind these bare statistics are the stories of families uprooted: fathers who cannot provide shelter or clean water for their families; mothers with no access to health care for their sick children; farmers who have lost their cattle and crops and boys and girls who have no school to go to.

Alongside our work to support a political solution to the conflict in Mali, Ireland has provided over €1.3 million in life-saving emergency assistance to Malian families in need since the start of 2012.

Since the conflict began, we have worked closely with our EU partners. Together, we have provided EU funding for the African-led military force in Mali; established an EU Training Mission to support the Malian authorities to re-establish security and worked hard to support a political solution to the tensions which beset the country. Crucially, the EU has provided €116 million in life-saving emergency assistance to families and communities in need.

We also recognise that Mali will need longer term support so that its people can build a sustainable future. Over the coming years, we must help refugees return to their homes, help schools reopen, and help small businesses and farmers markets to trade once more.

In light of these challenges, EU Development Ministers meeting recently in Dublin agreed to resume long-term development support to Mali, a decision welcomed by Minister for Trade and Development Joe Costello who chaired the meeting.