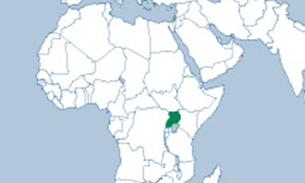 The Tánaiste and Minister of State for Trade and Development have announced that the €4 million misappropriated in Uganda has been returned to Ireland by the Government of Uganda.

The Tánaiste and Minister of State for Trade and Development have announced that the €4 million misappropriated in Uganda has been returned to Ireland by the Government of Uganda.

Last October, the Auditor General in Uganda reported that funding of €11.6 million received from Ireland, Norway, Sweden and Denmark was transferred to unauthorised accounts. Funding of €4 million from Irish Aid was involved.

Tánaiste Eamon Gilmore immediately suspended €16 million which had been due to be spent through Government systems and sent a team of auditors to examine how Irish Aid funds were misappropriated.

The refund follows intensive high level discussions with the Government of Uganda and is one of a number of steps taken by the Ugandan Government to signal their commitment to bring those involved to account and to improve their financial control systems.

Welcoming the refund, the Tánaiste said: “I am satisfied that this decision to refund the €4 million to Ireland shows the determination of the Government of Uganda to maintain the long standing relationship with Ireland. Ireland has built this partnership with the authorities and people of Uganda over the last 20 years, during which Uganda has witnessed remarkable progress in poverty reduction. Ireland has played a positive role in this progress.”

Planning for Irish Aid programmes in Uganda 2013 is underway.   The refunded money will be used to support the poorest and most vulnerable communities in Uganda and the Tánaiste has asked officials to examine options for a possible programme of support. Any such programme will involve direct oversight by Ireland.

Ireland will not return to funding through Government systems in Uganda until we are fully confident that the Ugandan Government has strengthened its internal financial controls and acted against all officials who were implicated in this fraud.

We will continue to strengthen our partnership with institutions like the Office of the Auditor General which play a vital role in efforts to root out corruption, strengthen financial controls, and build robust and transparent systems of accountability.