A Thousand Days of Nutrition Makes a Difference 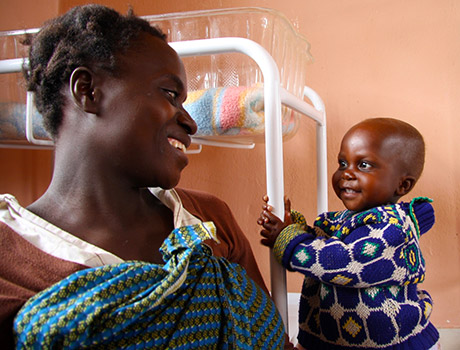 Good nutrition early in life not only saves lives; it also lays a foundation for lifelong health and helps ensure that children can achieve their full potential.

The thousand days between pregnancy and a child reaching its second birthday is a crucial period in early development. Better nutrition for both mother and child during this time can have a lifelong impact on a child’s future, and help break the cycle of poverty.  Recognising this, almost a thousand days ago, in June 2010, Ireland and the US, launched an initiative which became known as the 1,000 Days Partnership to improve nutrition for women and children during the critical first 1000 days period. Together with the SUN or Scaling Up Nutrition Movement, this partnership has helped focus attention on the serious global challenge of under- nutrition.

Good nutrition early in life not only saves lives; it also lays a foundation for lifelong health, physical and cognitive development and helps ensure that children can achieve their full potential. This has benefits for countries as a whole -  leading economists have suggested that every US$1 spent on nutrition can give a return of up to US$15, making investment in nutrition both the right thing, and the smart thing, to do.

A Thousand Days On

Much progress has been made. Good nutrition is now recognised as a crucial part of tackling poverty. Ireland and others in the 1,000 Days partnership and the Scaling Up Nutrition Movement–governments, as well as Civil Society and the private sector - are continuing to work towards reducing under-nutrition.

In April 2013, during Ireland’s EU Presidency, the central importance of nutrition in development was highlighted when Ireland, together with the Mary Robinson Foundation- Climate Justice, held an international conference in Dublin to highlight the links between the challenges of hunger, nutrition and climate justice.

During our EU Presidency, a new EU Nutrition Policy for EU external assistance was adopted, following intensive collaboration with the European Commission and fellow EU Member States . This gives clear direction to the EU to step up its efforts on maternal and child under-nutrition, to tackle stunting and wasting, and to increase financial support to partner countries

The next thousand days...

At the 8 June 2013 Nutrition for Growth: Beating Hunger through Business and Science event in London, the Taoiseach pledged to double Ireland’s support to tackling hunger and under-nutrition over the next eight years. This will include a two-fold increase in Ireland’s spend on nutrition-related activities by 2020.

The nutrition targets are in sight. At a separate event, “Sustaining Political Commitments to Scaling Up Nutrition (SUN)”,  two days later in Washington, Minister for Trade and Development Joe Costello  expressed optimism about the initiative  “By 2016, I believe that we can achieve the World Health Assembly target of preventing 25 million children from being stunted.” He spoke about the importance of the next thousand day period, and the critical need to remain committed to the 1,000 days and Scaling Up Nutrition partnerships.