To commemorate World AIDS Day 2013, Irish Aid and the Irish Forum for Global health are hosting the annual Fr Michael Kelly event in the Galway Bay Hotel on November 28th from 6pm – 7.30pm. As usual the evening is free and open to the public.

Founded in 2006 to honour Fr Michael’s remarkable work, the annual event comprises presentations, lectures and discussions. The theme of this year’s event is ‘Gender, Sexuality and HIV’ and the vulnerability and equality dimensions of HIV will be explored.

The event includes presentations from a number of key speakers:

In addition the night will also see the launch of a Trócaire photo exhibition entitled ‘Faces of Women's Vulnerability to HIV’.

Originally from Tullamore, Professor Father Michael Kelly has lived and worked for 50 years in Zambia and is a tireless advocate on HIV and AIDS, particularly in the interaction with education, but also in other policy areas such as strategies for HIV prevention and human rights aspects. In recognition of his work, Professor Father Michael Kelly was awarded Honorary Degrees by University College Dublin in 2006 and the Royal College of Surgeons in Ireland in 2012. He was also honoured by the Minister of State at the Department of Foreign and Trade for his work on HIV and AIDS. Most recently, he received the Presidential Distinguished Service Award for the Irish Abroad.

Combating HIV and AIDS is a priority for Irish Aid and so we have been pleased to have supported the Fr Michael annual lecture series since 2006. Ireland recognises that HIV and AIDS is driven by gender inequality, the subordination of women and abuse of human rights so this year’s theme is particularly relevant. To find out more about our work in the country’s most affected by the pandemic and how we assist you can visit our HIV and AIDS page on our website. 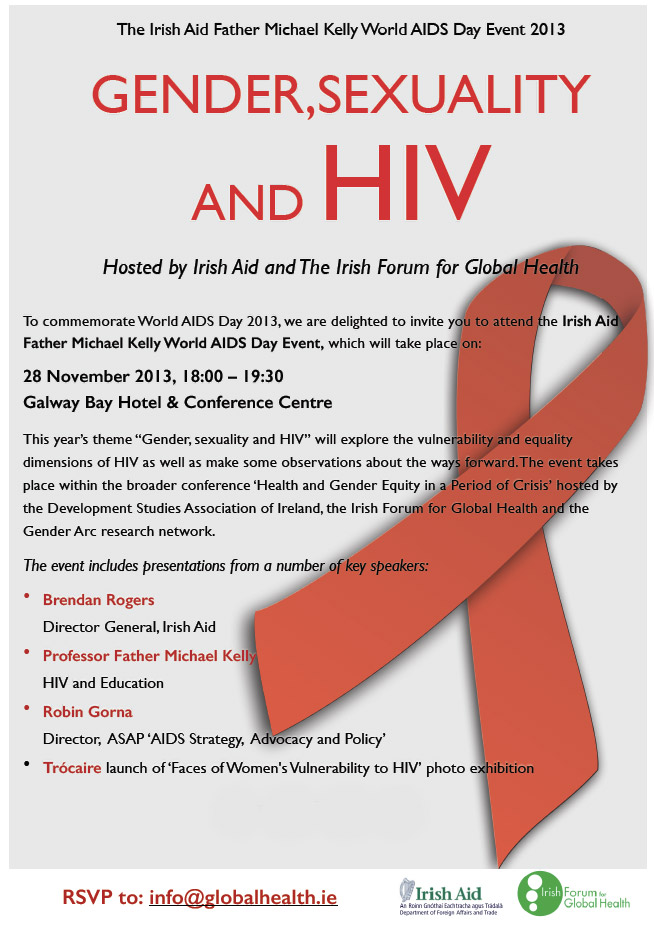