Highest number ever of visitors to the Irish Aid Centre 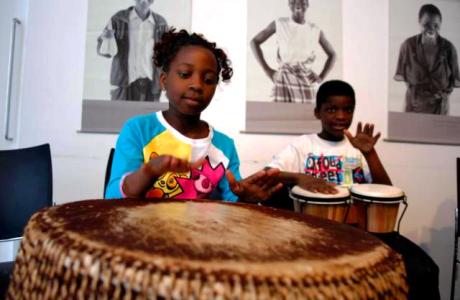 2013 was the Centre’s most successful year ever with visitor numbers of 14,500, an increase of 65% over 2010! This included 5,282 primary, second and third-level students and their teachers/lecturers, who took part in Irish Aid Centre workshops, and learnt about Ireland’s aid programme to address chronic hunger in Africa.

Along with its  permanent Irish Aid exhibition on food security, during 2013 the Centre hosted  17 other exhibitions including on Haiti, women in developing countries, Myanmar/Burma, HIV and AIDS, Irish Aid’s work in Northern Province in Zambia over the past 30 years, primary pupils’ projects from the Our World Irish Aid Awards. And who could forget the Clowns without Borders’ “Miles of Smiles?”

A smaller exhibition of Irish Aid’s work was also viewed by more than 10,000 visitors at a number of public events including BT Young Scientist Exhibition; Africa Day at Farmleigh House; and the National Ploughing Championships in Co. Laois.

There were over 200 events in the Centre last year run by volunteering and development organisations on volunteering, aid, trade, gender, human rights, the environment and other issues. These events ranged from seminars, briefings and workshops to film and book launches, including the “What in the World” RTE film series by KMF Productions, and the book “Between Africa and the West” by Dr Sahr Yambasu.

In September, Ireland’s new policy for overseas development aid  “One World, One Future” was launched in the Centre by the Tánaiste to a packed house.

World Food Day, Africa Day and World AIDS Day were all marked in the Centre with window displays and relevant events. Our Facebook and Twitter accounts have updated photos of events and exhibitions throughout the year.

We hope that 2014 will bring even more success in telling the Irish Aid story to the public!

Find out more about the Irish Aid Volunteering and Information Centre.