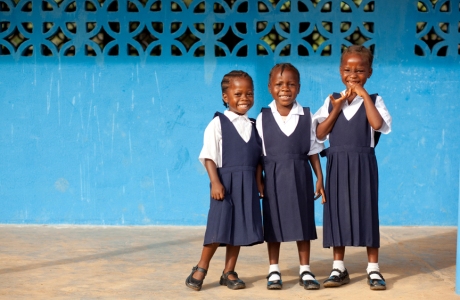 There is great awareness of the issues that the world faces, from poverty and hunger, to conflict and natural disasters. And many people wonder what can be done about it. The people of Ireland should feel proud of the difference that they are making around the world through the Government’s official aid programme Irish Aid.

Today, in the Irish Aid Centre on O’Connell St, Minister for Trade and Development Joe Costello launched the 2013 annual report.

The report focuses on the impact that Ireland has had in achieving our three main goals over the course of 2013:

The report presents stories of change, highlighting the impact that the Irish Aid programme has had on the lives of individuals in our Key Partner Countries.

Natural disasters such as Typhoon Haiyan in the Philippines and increased severity in conflicts such as Syria and Central African Republic required robust emergency response mechanisms from Irish Aid.

In addition, 2013 presented Ireland an opportunity to influence policy on an international level through our Presidency of the EU. Ireland brokered important agreements among all member states to present a coherent position for the EU’s engagement in all international negotiations on the post 2015 agenda.

The 2013 Annual Report also includes a full set of financial annexes, highlighting how the money was spent.