International day for the Eradication of Poverty 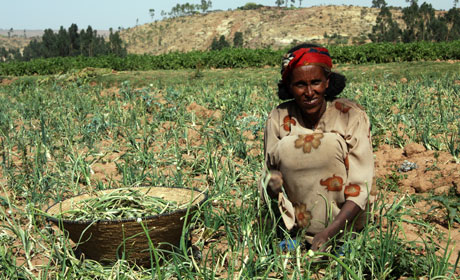 As we mark the 2014 International day for the Eradication of Poverty, we can be proud that the world has met the first Millennium Development Goal of halving the proportion of people living in extreme poverty. In fact, the goal was met in 2010, five years ahead of schedule.

Yet in 2011, over a billion people remained in extreme poverty, around 14.5 percent of the world’s population.

In 2011, over a billion people remained in extreme poverty, around 14.5 percent of the world’s population.

Poverty is a common feature of life in Ireland’s key partner countries. Irish Aid continues to work towards eradicating poverty as the deadline for the Millennium Development Goals in 2015 approaches. Irish Aid focuses much of its poverty-eradication work on hunger reduction schemes such as assistance to small farmers, social assistance grants, nutrition, and education.

In Malawi, Ireland’s key focus is supporting poor rural families to access more nutritious diets, and to produce more and better crops. Irish Aid also supported the development of a national social protection policy to protect the most vulnerable in society.

In Tanzania, approximately 7,000 smallholder cocoa farmers have increased their income through sales of better quality cocoa, as a result of training and technical expertise provided by our partners.

In Zambia, over 50,000 of the poorest households are enrolled in a social cash transfer programme, helping to improve food consumption and school attendance. With Irish Aid financial support, enrolment for young children increased from 1.6 million children in 2000, to 3.04 million in 2010. The number of primary school teachers increased from 37,000 in 2000, to 79,734 in 2010.