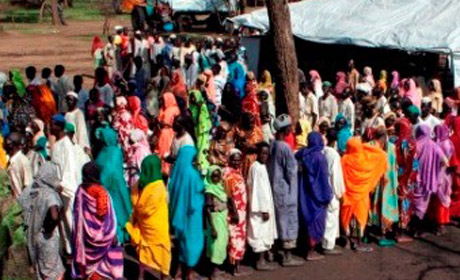 Over 70,000 people have feld Burundi to Tanzania and Rwanda

Since late April, due to political violence and civil unrest more than 70,000 people, many of them children have fled Burundi to the neighbouring countries of Tanzania and Rwanda.

The children arriving are sick and malnourished, many are unaccompanied or have been separated from their families and need shelter food, health and protection services.

Children arriving are sick and malnourished many unaccompanied

Aid agencies in Tanzania have warned that living conditions for refugees are dire, giving rise to serious health concerns.  Cholera has already killed 30 refugees in Tanzania.  Humanitarian partners in Rwanda are concerned about high levels of malnutrition and child protection particularly that nearly 60 per cent of the new refugees are children.

The UN Central Emergency response fund (CERF) which pools donor contributions in a single fund so that money is available to start urgent relief work anywhere in the world, has released US$15 million to support lifesaving relief work for these refugees.  Ireland through Irish Aid gave €10 million to CERF in 2014, and is one of the top 10 donors to the fund.

Ireland’s relationsjip with the United Nations (UN) is based on our shared commitment it allows us to widen the reach of our own development programme and contribute to tackling development issues and responding to emergencies in countries where we don’t have a presence on the ground. Irish Aid is committed to continue to work with our partners to assist those most vulnerable in the conflict.