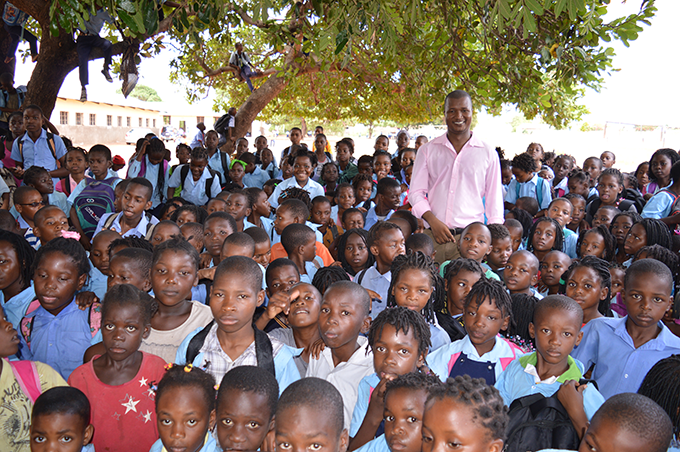 When Irish Aid first started to work in Mozambique in 1996 the country was in a period of reconstruction and development, following the end of a 17 year civil war. The people of Mozambique faced numerous difficulties including; high levels of dependency, limited access to basic services and poor nutrition.

Irish Aid sought to address these difficulties and this was reflected in the breadth and scope of the programme. Throughout the years of the programme Irish Aid has provided support to government at national level and engaged with NGO partners. During this time the focus has consistently been on working in areas with particularly high levels of poverty and vulnerability. As Mozambique is such a large country, priority was given to two key Provinces - Inhambane and Niassa. Both provinces received significant investment and lasting relationships which continue to this day have been formed. This mix of modalities, a key feature of the programme, lead one Mozambican Minister to remark that “Ireland has its feet in the provinces and its head in Maputo”. 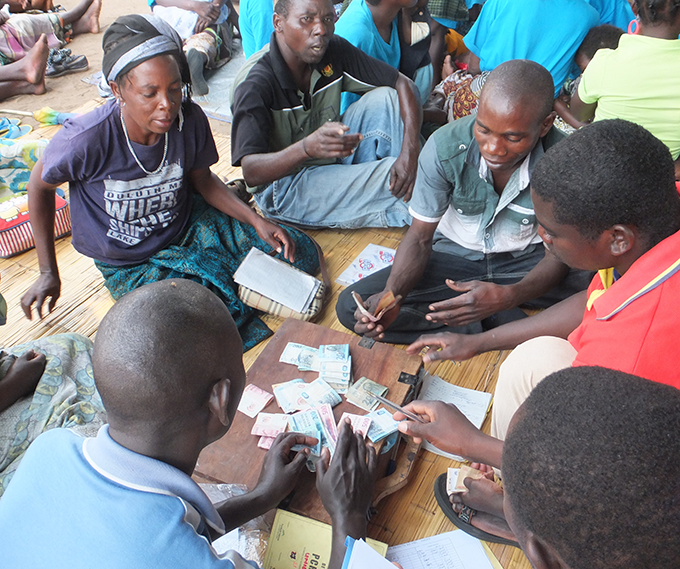 Challenge: 2013 - 44% of children under five years of age were suffering from chronic malnutrition

Solution: Irish Aid worked in partnership with the International Potato Centre (CIP) to develop a nutritious orange-fleshed sweet potato. CIP has worked with local farmers in the province to multiply and disseminate vines of this versatile and nutritionally rich food. 18,784 households participated in nutrition training to work towards increasing consumption of the orange fleshed sweet potato. The project also worked with local food processors and bakeries to expand and diversify the commercial utilization of the sweet potato. From 2013 to 2015 the percentage of children under two with low dietary scores dropped from 63% to 23%, in part thanks to the reach and impact of this programme.

Solution Niassa is a vast province, more than twice the size of Ireland, which makes the movement of people and goods very time consuming and complicated. In an effort to relieve some of these difficulties the provincial government developed an access strategy to connect all districts with the provincial capital as well as with the financial centre, the town of Cuamba, in the south. In this context Irish Aid financed part of the Feeder Road Project thanks to which 7 bridges and 9 smaller river crossings were built to establish linkages between the various districts. This allowed greater movement across the whole province and most importantly improved access to basic services such as health and education.

Project 3: Providing care and support to those affected by HIV/AIDS

Solution: Over the years the programme has adapted to emerging trends, principally to the serious HIV/AIDS epidemic that came to the fore in the late 1990s. The crisis put an incredible amount of strain on an already weak system. Communities were forced to learn how to cope with death, long term chronic illness, orphans and discrimination. Community based organisations emerged to provide much needed care and support to those affected and their families. The work that these volunteers do is a source of comfort and hope for many. In Inhambane Province Irish Aid has funded these groups for a number of years, benefitting over 3,000 people. This, combined with efforts at national level, have contributed to an increase of the total number of people on antiretroviral treatment from 170,198 in 2009 to 558,308 in 2014.

Solution: Access to services is also an issue in Inhambane, a province equal in size to Ireland. One particularly worrying statistic was a maternal death rate of 1100 per 100,000 births in 2005. Irish Aid supported the Mozambique government’s Safe Motherhood Strategy to support high risk mothers. The strategy establishes waiting houses located in the premises of health facilities. These facilities are often located in rural areas, quite a distance from hospitals and main roads. These houses are a safe place where expectant mothers can arrive early in anticipation of the birth, knowing that they will benefit from the presence of health workers who will oversee delivery, reducing risk to both mother and child. They have contributed to increasing the number of supervised births from 44.2% in 1997 to 75% in 2015. Maternal mortality also dropped to 480 deaths per 100,000 births in 2013.

Solution: We have consistently sought to ensure that our programme meets the specific needs of Mozambique and have funded research led interventions to better understand local realities. We are currently supporting the ‘School in a Box’ project in partnership with the Dun Laoghaire Institute of Art, Design and Technology. The ‘box’ itself consists of an iPad, projector and solar panel. Third grade teachers from Guava school, located just outside of the capital, Maputo, have received specialized training which has allowed them to create classes using the iPad resulting in more engaging, interactive lessons. More than 300 students took part in this research project, which had a particular focus on Portuguese language lessons. Following a one year pilot period there are strong results that the project has had a positive outcome on teaching practice, students motivation and literacy levels. We will continue to work on the project with a view to expansion.

Mozambique remains one of Irish Aid’s largest programmes. The effects of the programme are reflected in improved indicators in areas such as; health, education, nutrition among others - reaching people across the whole country. Irish Aid continues to engage at a central level and was the recent lead donor for the health sector and in 2017 will assume lead donor for the education sector.

Despite the great strides made since independence Mozambique continues to face difficulties. 2016 has been particularly challenging, as a result of the most severe drought in the past 30 years, which has affected much of the southern part of the country. Support was provided to those affected by Irish Aid in partnership with Care, an international NGO who we have worked with in the areas of food security, nutrition and resilience. Input Trade fairs (ITFs) were held to allow 4,000 farmers whose food and seed stocks were depleted to access the necessary inputs for the next agricultural season, increasing their resilience and enabling them to better cope with this adverse weather event. A renewed hope came over them as they gained access to peanuts, cowpea, machetes and hoes. Assistance also included training of community volunteers to recognize malnutrition and undertake nutritional counselling for families. The emergency response has also been strengthened by contributions of €1.5 million to WFP to address immediate food needs and €470,000 to UNICEF to combat malnutrition.

Ambassador William Carlos remarked that ‘As we take time to reflect on what has been achieved over the past twenty years, Ireland can be proud of its contribution to development in Mozambique. The Embassy of Ireland in Mozambique remains committed to continue working here and motivated to contribute to improving the well-being of the most vulnerable.’

National statistics that the Irish Aid programme in Mozambique has contributed to: