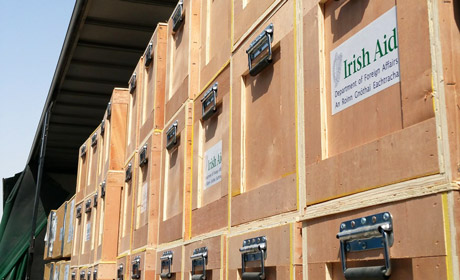 Emergency relief for families displaced by flooding and landslides in Ethiopia

The El Niño weather event, one of the strongest ever measured, has caused unpredictable and severe weather conditions in Ethiopia. The country has experienced its worst drought in decades. Food production has declined dramatically, and the food and nutrition security situation in many parts of Ethiopia has deteriorated significantly. Over 10 million people are in need of assistance.

The effects of the drought have now been compounded by abnormally heavy spring rains, which has caused flooding, flash floods and landslides and the displacement of tens of thousands of people.

As part of our Rapid Response Initiative, Ireland prepositions and stockpiles emergency supplies in a number of UN Humanitarian Response Depots (UNHRD) around the world, near disaster prone areas for rapid dispatch into humanitarian crises and emergency situations to help vulnerable people in times of need.

In total, over 9300 relief items, including blankets, tents, tarpaulins, kitchen sets, jerry cans, water tanks, soap bars and mosquito nets have been donated by Ireland and transported today to Ethiopia from the UNHRD hub in Dubai. Our partner Concern Worldwide will receive the supplies today and distribute them to an estimated 4,000 flood-affected people in the Southern Nations, Nationalities and Peoples region (SNNPR) of Ethiopia, south-west of Addis Ababa. 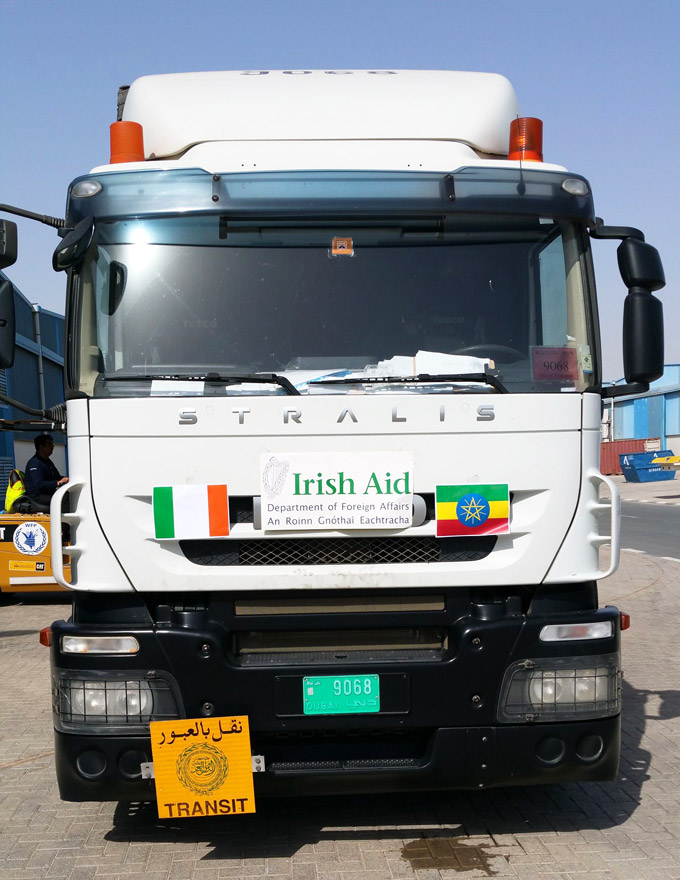 The total cost of the airlift is approximately €150,000 (including the stocks, airfreight and other transport charges).

This is Ireland’s second airlift to Ethiopia so far this year. In March, Irish Aid also airlifted relief supplies from the UN Depot in Accra, Ghana, to Ethiopia, and donated the consignment - comprising of water tanks and jerry cans - to UNICEF to help provide water to an estimated 60,000 drought affected people in the Afar, Oromia, Somali and SNNP regions of the country.

Did you know that Irish Aid partners with the United Nations Human Response Depots - a network of strategically located depots or hubs that procures, stores, and transports emergency relief supplies on behalf of the humanitarian community?

Find out more about the work of Irish Aid in Ethiopia and how Irish Aid’s Rapid Response Initiative helps to save and protect lives, and alleviate suffering before, during and in the aftermath of humanitarian crises