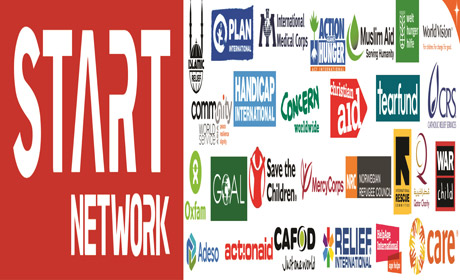 Worldwide, humanitarian emergencies demand an immediate and quick response to ensure that lives are saved and communities protected when crises strike. The Start Fund was designed to disperse funding in the initial days of an emergency in order to get the assistance to the people that need it most. Irish Aid (along with the UK) has been a founding donor to the Start Fund since it was launched in 2014, providing €2.6 million to the Fund to date.

The Start Fund is a global pooled fund which allocates small and strategic sums of humanitarian funding to NGOs within 72 hours of a crisis alert. The Start Fund is the first multi-donor pooled fund managed exclusively by NGOs which allows NGO members to collectively make decisions on the basis of needs alone, mostly in response to small-scale localised emergencies in forgotten crises which don’t always make the news headlines.

With the Start Fund’s focus on forgotten crises – which is a key humanitarian policy priority for Irish Aid – and the channeling of resources through NGOs to local actors on the ground in the initial days of a crisis, Irish Aid sees the fund as an important element of our humanitarian financing toolkit.

In eastern and central Sri Lanka, early 2015 witnessed unprecedented flooding that affected more than 1.1 million people, displacing around 100,000 people, destroying over 18,000 houses and damaging arable land, crops, cattle and water infrastructure. The Government response was not able to provide enough shelters, and elections on January 2 threatened to shift attention from the flooding’s effects.

On January 9, the Start Fund allocated £250,000 to three projects, only 64 hours after the alert. Three aid agencies responded with emergency food rations and non-food items (such as buckets and cooking utensils) in four districts of the eastern and central regions of the country.

As of February 2016, a total of £11,608,238 in funds has been allocated from the Start Fund, reaching over 4.5 million crisis affected people worldwide.

Since its inception, the Start Fund has assisted emergency activities relating to conflict and displacement in countries such as Yemen, Cameroon, Mali and Burundi; flooding in Pakistan, Myanmar, Burkina Faso, Sierra Leone and Sri Lanka (see box); and food insecurity in Malawi, Mauritania and Central America.

NGO partners – including Irish NGOs - accessing Start Funds have commenced life-saving activities within three days of an emergency, such as distribution of food and hygiene kits, water purification, construction of latrines and shelters and distribution of medical supplies, as well as training on health and hygiene, sexual and gender based violence prevention and child protection.

For more information on the Start Fund go to: