Responding to drought in Ethiopia 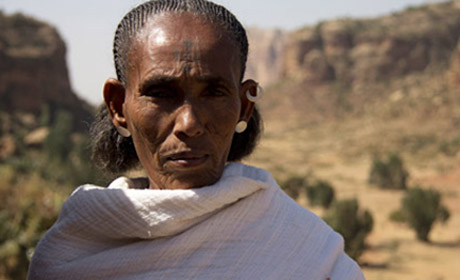 10.2 million people in Ethiopia will require food assistance in 2016.

In 2015 due to the El Niño effect, the spring and summer rains failed in many parts of Ethiopia. As most Ethiopian farmers rely on rain-fed agriculture, the failure of the rains has led to widespread crop failure and has devastated livelihoods. To make matters worse, the weather phenomenon has also brought extensive flooding to some areas of the country. This problem is expected to worsen in the coming months.

Underlining the gravity of the situation and increased needs, the Government of Ethiopia and its humanitarian partners identified in December 2015 that 10.2 million people will require food assistance in 2016. One million children under the age of five and 700,000 pregnant and lactating women will require supplementary food. The Ethiopian Government and its humanitarian partners also identified that 5.8 million people will be in need of access to clean drinking water and basic latrine facilities in 2016. The overall response to these needs will cost $1.4 billion.

To date, Ireland has provided €9.1 million in humanitarian relief to Ethiopia via Irish Aid in response to the El Niño drought. This includes €3.8 million given in 2015 to the Humanitarian Response Fund, managed by the UN Office for Humanitarian Affairs (UN OCHA). A further €1.8 million in humanitarian assistance was provided in 2015 through three Irish NGO partners in Ethiopia; GOAL, Trócaire and Concern. In January of this year, Irish Aid provided a further €3.5 million to the World Food Programme, for targeted supplementary feeding to children under the age of five and pregnant and lactating women. In March of this year, Irish Aid airlifted its stockpiles of emergency relief items, including 10,000 litre and 5,000 litre water tanks and thousands of jerry cans, to Ethiopia from the UN Humanitarian Response Depot in Accra where we pre-position supplies for use in humanitarian crises.  The total estimated cost of the airlift was €110,000, including the value of the relief items donated, the airfreight, and other handling charges. The items were donated to UNICEF Ethiopia to assist families in a number of drought affected districts in the country and they can provide up to 300,000 litres of water in total each time they are filled. Throughout 2016, Ireland will provide over €27 million through its bilateral aid programme in Ethiopia to help address poverty, vulnerability and hunger.

To date, Ireland has provided €9.1 million in humanitarian relief to Ethiopia via Irish Aid in response to the El Niño drought.

As co-chair of the Development Assistance Group, which co-ordinates the work of Ethiopia’s 28 bilateral and multilateral partners, Ireland has been active in encouraging the international community to respond, and to respond early.

Find out more about the work of Irish Aid in Ethiopia.

Watch the video produced by UN OCHA and the Ethiopian Government providing a comprehensive snapshot of the situation in Ethiopia and the response to date.