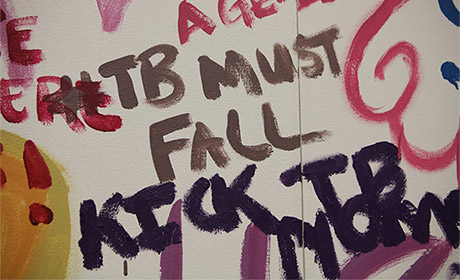 There are approximately 24,000 new cases of TB every day

Many think of Tuberculosis (TB) as a disease from the past. Known as “consumption” in Ireland, TB was responsible for the deaths of tens of thousands of Irish people every year until it was finally brought under control.

TB remains one of the leading causes of death worldwide, with over 1.5 million people dying from the disease in 2014 alone. TB disproportionally affects the poorest people in the world. 1 in 3 deaths of HIV positive people is caused by TB.

As part of the Sustainable Development Goals, Irish Aid is committed to helping end the epidemic of TB by 2030, and to working with our partners to achieve this. Irish Aid was one of the founding members of the Global Fund to Fight AIDS, Tuberculosis and Malaria, with a total contribution of over €183 million to date. In countries where the Global Fund operates, deaths from TB have fallen by 29% since 2000. The Global Fund accounts for around 75% of all international spending on TB.

Since 2005, Irish Aid has directly supported the Global TB Alliance to develop new, more effective and more appropriate drugs to treat TB. The currently available TB treatments are very expensive and have to be taken by patients over a long period (typically 6-12 months). Finding new, better and affordable medicines is critical, particularly in the face of the dramatic rise of drug-resistant TB. In another significant development, with the support of Irish Aid, the Global TB Alliance recently announced the availability of child-friendly TB medicines, which are the first to meet the dosage guidelines set out by the World Health Organization, aiming to end the 400 child deaths that are caused by TB every day.

Sign the Call to Action – No Child Should Die of TB from TB Alliance on Vimeo.

Through One World, One Future, Ireland’s Policy for International Development, Ireland is committed to improving access to quality health outcomes for poor and marginalised citizens in developing countries. The fight against TB is a cornerstone of this, and Irish Aid continues to work with our partners to end this disease.

Together, we can unite to end TB.