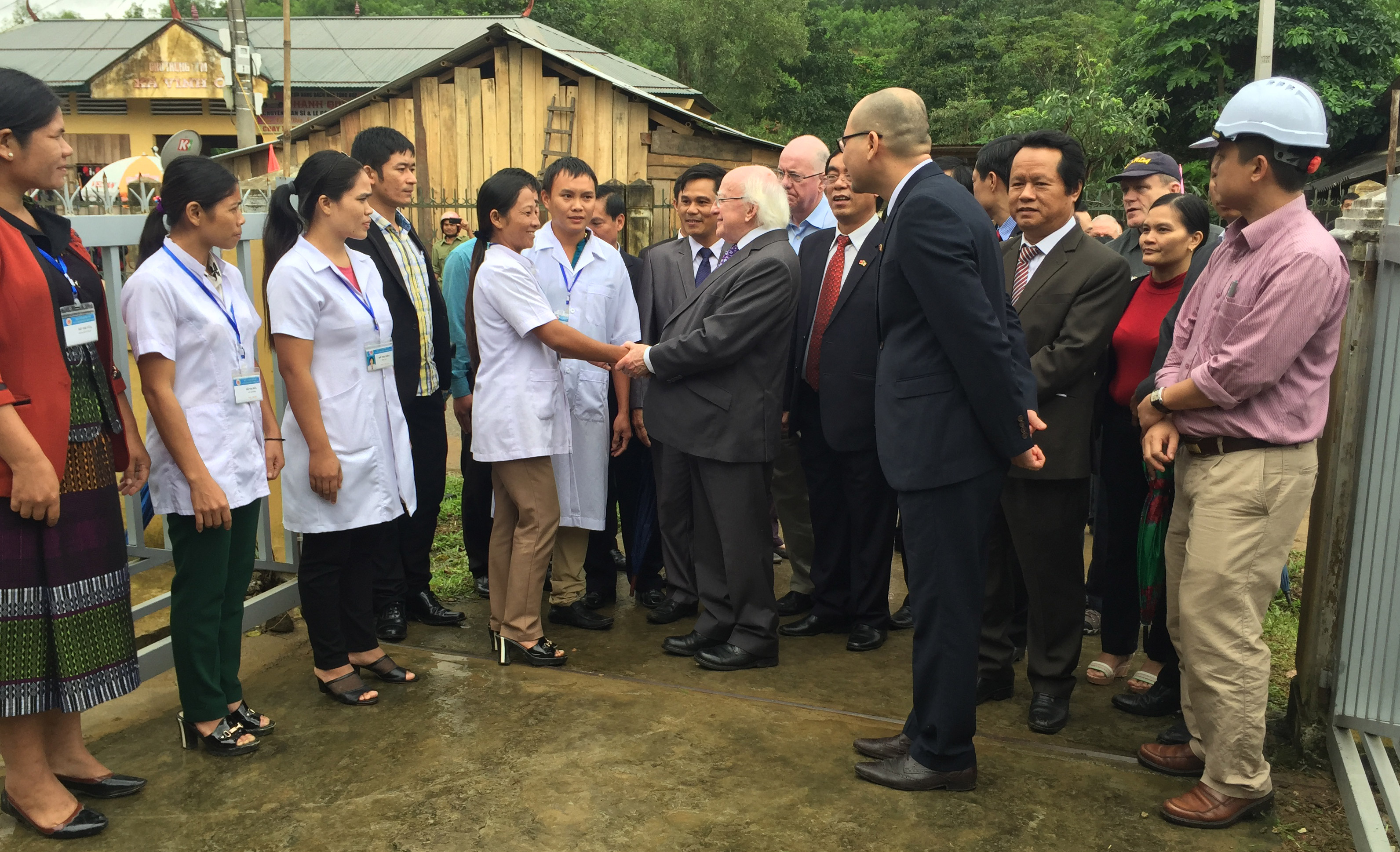 The State visit to Vietnam this week by President Michael D. Higgins marked twenty years of diplomatic relations between Ireland and Vietnam, and was the first such visit by an Irish Head of State.

Vietnam has been Irish Aid’s key partner country since 2007, and Ireland’s strong reputation for influencing policy and designing programmes to address poverty in Vietnam is well recognised by development agencies and donors in Hanoi. The President’s itinerary included a number of visits to some of the projects which Irish Aid has been supporting in country since our partnership with Vietnam began.

On Wednesday the President visited the Mine Action Visitor Centre run by Project RENEW and the Quang Tri Department of Foreign Affairs in Dong Ha City. The centre offers an informative display of historic exhibits and artefacts with documentary films, photographs and displays depicting the war’s impact and devastation on the land and people of Quang Tri. Visitors to the centre learn about the efforts of government authorities, local residents and international organisations, including Irish Aid, to address the problem of unexploded ordnance since the war ended. This was followed by a site visit to Vinh Thai Commune, Gio Linh District, Quang Tri Province where cluster munitions remnant surveys are carried out by Project RENEW.

On Thursday, the President visited Vinh O commune, where livelihood support, training of local leaders and community members, and construction of basic community infrastructure (such as rural road connections, commune centre, school rooms, clinic etc) has been supported through the government’s Programme 135, a poverty reduction programme targeting some of the poorest and most marginalised communities in Vietnam, to which Irish Aid has provided longstanding support. The President had an opportunity to see at first hand the local infrastructure that has been supported by Programme 135, including a kindergarten and a clinic. In 2015 Irish Aid, through our Embassy in Hanoi, worked intensively with Programme 135 to deliver services to the communities most in need. A successful output of the year’s work was a decision by the Government of Vietnam to address the issue of early marriage. Ireland supported the Gender Department of the Committee for Ethnic Minority Affairs to disseminate the new measure in rural areas.