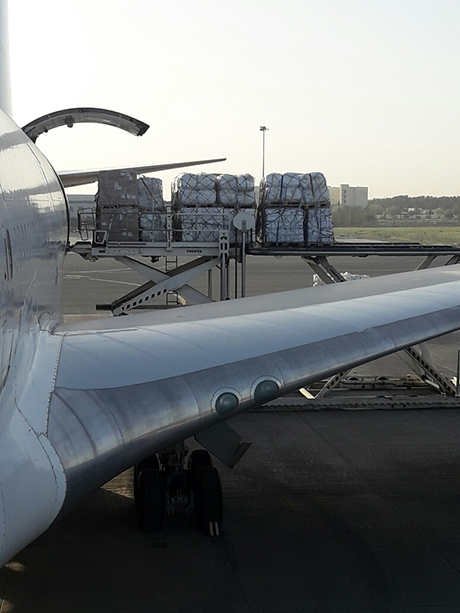 This airlift, worth over €600,000, compliments Ireland’s humanitarian response to the Somalia crisis, the continuing severe drought and displacement in the country, and the risk of famine.

The humanitarian situation in Somalia has been very difficult for many years, and continues to deteriorate this year with the threat of famine looming. Gripped by drought and racked by conflict for over twenty years, Somalia is one of the most challenging environments for humanitarian aid operations.

Somalia is currently ranked as the most fragile state in the world. Conflict and violence by the militant Islamist group, Al Shabaab, coupled with inter-clan fighting continues to restrict humanitarian access. Severe drought conditions persist in many parts of Somalia following poor and erratic rains over the last two years, resulting from the El Niño weather phenomenon. The combination of drought and conflict has caused large-scale displacement, widespread food insecurity and rising acute malnutrition rates.

Over 6 million people in Somalia are now in need of urgent humanitarian assistance – this is over half of the country’s population. Almost 3 million people are now facing crisis and emergency levels of food insecurity, and there is a significant and very real risk that the situation will further deteriorate to famine. Over 2 million Somalis are displaced from their homes.

Over 400,000 people have been newly displaced in the country over the last six months because of prolonged drought, loss of livelihoods and acute hunger. They require urgent support and the provision of shelters, basic household supplies, water and sanitation services and food assistance. Irish Aid is helping to meet the needs of crisis-affected people through the provision of financial support to our UN and NGO partners’ life-saving humanitarian programmes and by airlifting in emergency relief supplies.

The airlift was dispatched from the UN Humanitarian Response Depot in Dubai, where Irish Aid pre-positions relief supplies for use in emergencies and humanitarian crises under Ireland’s Rapid Response Initiative. The airlift comprises of blankets, jerry cans, cooking sets, family hygiene kits, tarpaulins and solar lamps. The supplies are being donated to Concern Worldwide for distribution to 4,000 vulnerable families recently displaced by drought and acute hunger to informal settlements located outside of Mogadishu and Baidoa, and in the Afgoyee Corridor, north-west of Mogadishu. 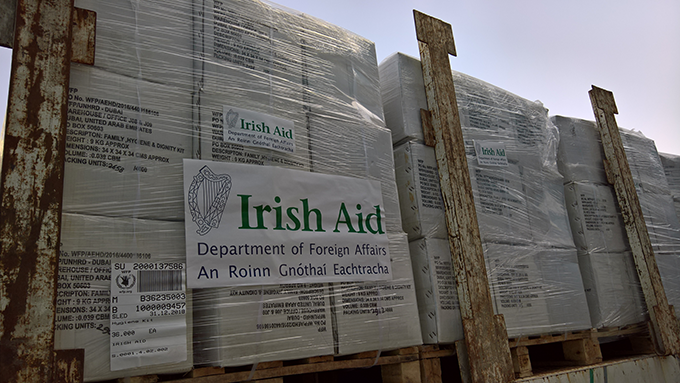 “In Somalia today there are worrying similarities to the conditions that led to the worst famine of the 21st century when, in 2011, three-quarters of a million Somali people faced famine and more than a quarter million lives were lost. A massive and urgent scale up of assistance by the international community is required to avoid a similar catastrophe this year. Acting now will save lives.”

Read the Ministers’ statements in the press release.

This ‘in kind’ assistance compliments Ireland’s new humanitarian funding of €11 million for partners’ responses to humanitarian crises in the Horn of Africa region. Since 2012, Ireland has provided over €115 million in humanitarian assistance to the Horn region, including €29 million last year.

So far in 2017, Ireland contributed €3.28 million to the Somalia crisis. This includes €3 million which was contributed to the UN-managed Somalia Humanitarian Fund to help our partners provide assistance to those most in need and at risk of famine in the country. €150,000 was provided for Trócaire’s emergency health and nutrition response for displaced people in Gedo region. €130,000 was also provided for World Vision Ireland’s cholera response in South Central Somalia.