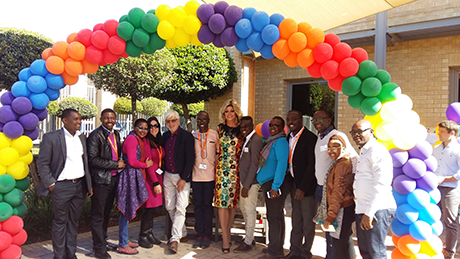 During a 5 day visit to the Irish Embassies in Mozambique and South Africa, LGBTI rights and HIV awareness activist Rory O’Neill explored some of the work being done in two of Irish Aid’s priority areas: promotion and protection of human rights and HIV/AIDS prevention and treatment. After a busy schedule visiting medical clinics, attending cultural events, speaking with civil society organisations and students, and meeting with the Embassy teams to learn about Irish Aid’s work, Rory described the visit as

“Inspiring, exhausting, eye-opening, interesting, emotional, and wonderful. I've met so many amazing, brave, and inspiring people. And Ireland has much to be proud of. Lots of fantastic Irish people doing wonderful work, and Irish international aid money being put to fantastic use in areas like HIV/AIDS, gender based violence, LGBTI equality, and so much more. I feel privileged to be able to see the work being done and to meet the people, both local and Irish, doing the work.”

While in Mozambique, Rory visited a medical centre outside the country’s capital, Maputo, where every day hundreds of people living with HIV receive life-saving treatment. Irish Aid’s partner, the Clinton Health Access Initiative, provides much needed equipment and services to the hard-working local medical teams that give much-needed care under extremely challenging circumstances across the country. While in South Africa Rory participated at an event at the UN's regional offices in Johannesburg organised by UNAIDS and the World Food Programme which highlighted the intersecting challenges of gender, human rights and HIV in South Africa, as well as the benefits of inclusion. 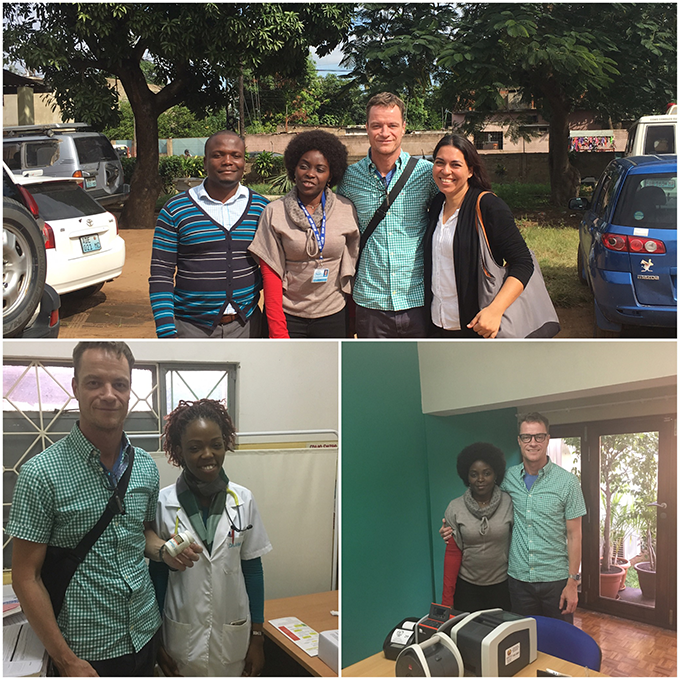 HIV/AIDS remains an enormous challenge, particularly for sub-Saharan Africa. According to a 2016 UNAIDS report, as many as 1.9m adults have been infected with HIV annually for the past five years. Young people, and in particular young women, are at elevated risk of HIV infection and face unique challenges in terms of social stigma around HIV itself and access to sexual and reproductive health services. In 2016, almost €29m of Irish Aid funds was used to support global work addressing treatment and prevention of HIV and AIDS.

Another key focus of Rory’s visit was on equality and in particular the challenges facing the LBGTI communities in Mozambique and South Africa. The award-winning documentary, Queen of Ireland, was shown in both countries as Ireland’s entry to the local 2017 EU Film Festivals. Sold-out audiences had the chance to speak with Rory directly during lively Questions and Answers sessions, where issues around Ireland’s marriage equality referendum, the challenges different LGBTI communities worldwide face, and the importance of inclusion and diversity were discussed. Rory’s message of the importance of equality and of tackling stigma – whether related to the LGBTI community or those living with HIV and AIDS – received an enthusiastic welcome from the local crowds. 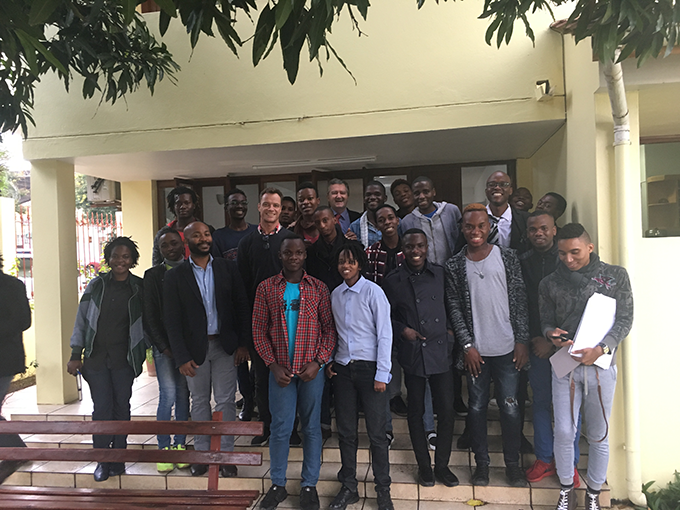 A highlight of the visit to South Africa was Panti Bliss' appearance at the Dutch Embassy in Pretoria as part of an event to mark the International Day Against Homophobia, Transphobia and Biphobia. At this rainbow-themed event Panti launched a new publication entitled 'Protecting the Human Rights of Sexual Minorities in Contemporary Africa', edited by Professor Frans Viljoen and Adrian Jjuuko and written by activists from across Africa.

Later, Rory participated in a round table discussion with activists on LGBTI rights from all over the continent on the power of social movements to effect change. He highlighted the power of the human story, and the need to acknowledge that even where great progress has been made it must be guarded and discrimination challenged. Rory spoke of the experience of the marriage equality referendum and also of the inclusive and modern Ireland of today, sharing a vision of hope and inspiration with many activists who continue to face discrimination, including violent attacks, in South Africa.

While in Mozambique, Rory met with Lamda, a civil society group advocating for the LGBTI community. He exchanged stories with a dynamic group of young activists working on these issues in Maputo, and discussed with the Lamda team how the broader context around gender equality and human rights affects the LGBTI community in Mozambique. Equality and respect for human rights are key values of Ireland both at home and abroad, and remain at the heart of the work of Irish Aid and the Department of Foreign Affairs and Trade. Irish Aid supports a range of work in this area, including through support to human rights defenders around the world fighting for the rights of the most marginalised communities. In Vietnam, Irish Aid has also supported a number of initiatives of local LGBTI groups, including lessons-sharing around LGBTI advocacy and Ireland’s recent experience in the marriage equality referendum. Supporting human rights globally is an important part of Ireland’s foreign policy, through Irish Aid programmes, through multilateral fora such as the UN and EU, and through our bilateral relationships.