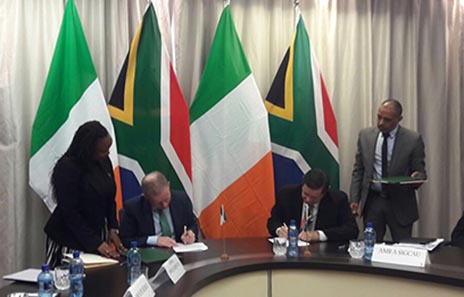 Minister of State for the Diaspora and International Development, Ciarán Cannon, T.D., is in South Africa this week for a four day visit. He travelled to Pretoria to attend the 5th session of the South Africa-Ireland Partnership Forum, which took place on Tuesday. While in South Africa, the Minister will also meet with Irish business people and the Irish diaspora, and visit youth and gender equality projects supported by Irish Aid.

Ireland and South Africa have many connections. South Africa is home to the largest Irish community in Africa with an estimated 30,000-35,000 Irish passport holders. Indeed, Embassy Pretoria is the fifth busiest passport office in the Irish network of overseas Embassies and missions. 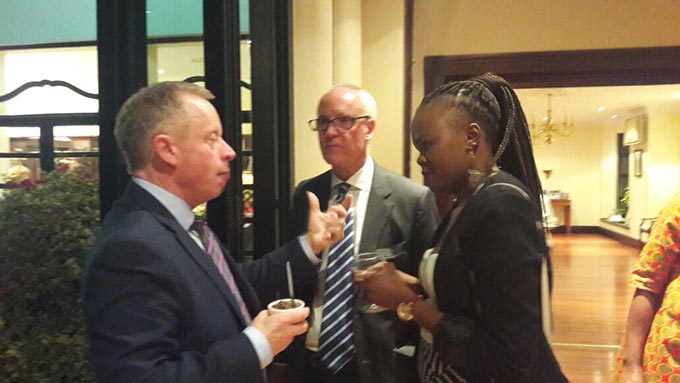 Irish missionaries have long been a strong presence in South Africa, contributing to the development of social, educational and health services for socially excluded populations in the country. At their height, their numbers reached 7,000 in the 1970s, but this has since dwindled to 200-300 in 2016. Minister Cannon will visit an Irish missionary project run by the Salesians to see their work first-hand. The Salesians offer shelter and educational support to 1,600 disadvantaged young men and women. Youth unemployment remains high in S. Africa and the Salesian group, with financial support from Embassy Pretoria, is running a job placement scheme to prepare young people for employment.

The Minister also visited the team at Sonke Gender Justice Wellness and Outreach Office in Gugulethu in Cape Town. Sonke works in Gugulethu to combat and prevent gender based violence, with a particular focus on changing the attitudes of men and boys. 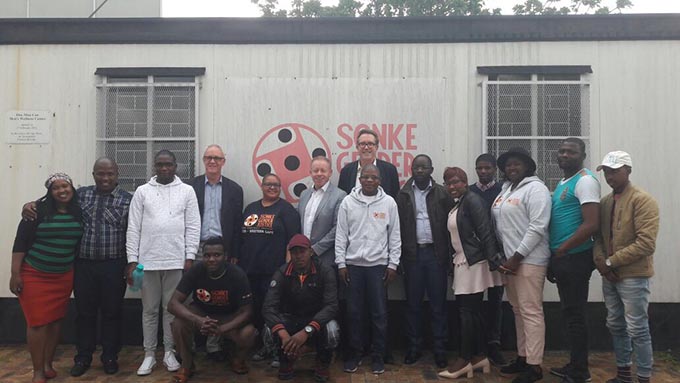 Minister Cannon met with members of the Irish business and diaspora community, including the Irish South Africa Association (ISAA), the Business Ireland Southern Africa Association (BISA) and the South African Gaelic Sports Foundation (SA Gaels). All these groups have received funding from Embassy Pretoria to help them support the Irish community in South Africa. Both the Irish community and Embassy Pretoria are working to highlight the positive historical role of the Irish in S. Africa and to promote Irish culture and diversity amongst the diaspora. On Robben Island, Minister Cannon laid a wreath at the Celtic Cross on the Island in an area called ‘Irishtown’ in recognition of the many Irish who have passed through and lived on Robben Island over the centuries. 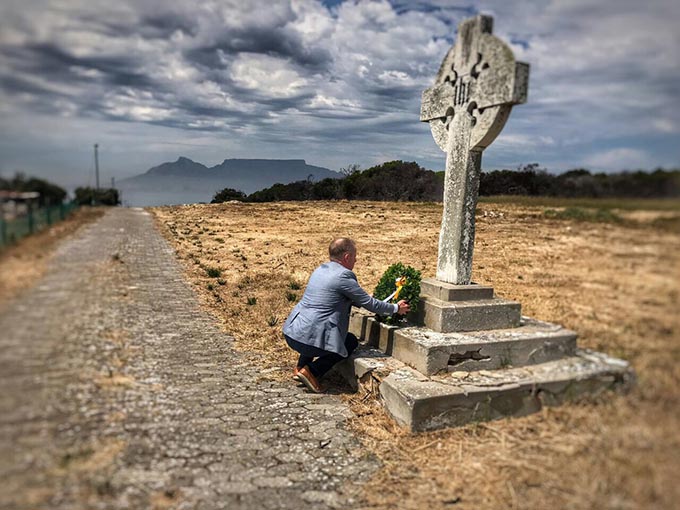 On Tuesday, Minister Cannon co-chaired the 5th Session of the South Africa-Ireland Partnership Forum, along with Deputy Minister of International Relations and Cooperation of the Republic of South Africa, Mr Luwellyn Landers. The forum is a valuable opportunity to reaffirm the close relationship and ties between South Africa and Ireland, offering the chance to also look towards future cooperation in areas such as agriculture, education, the energy sector, trade and investment and multilateralism. 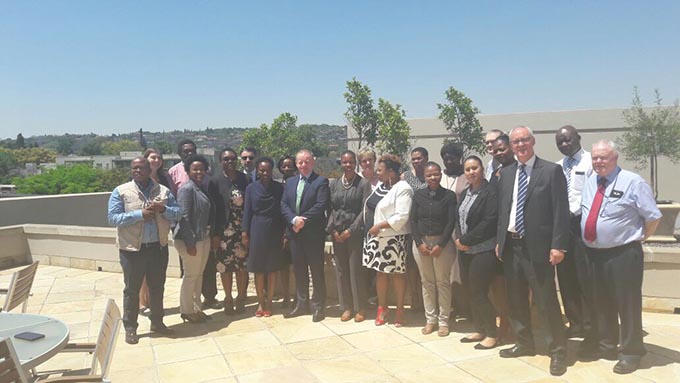