Ireland’s response to the mudslide and flooding in Freetown, Sierra Leone

A devastating mudslide – triggered by three days of heavy monsoon rains – caused widespread damage and loss of life in Freetown, Sierra Leone on the 14th of August. Homes were engulfed after heavy rains caused part of the Sugar Loaf Mountain to collapse. Some 500 people lost their lives in the disaster and thousands have lost their homes, many of whom are being sheltered in temporary sites.

Ireland responded to the disaster through our Embassy in Freetown and our humanitarian aid programme, managed by Irish Aid. Ireland’s strong support to our UN, Red Cross and NGO partners enabled them to quickly react to the disaster, supporting the Government of Sierra Leone in meeting the emergency needs of survivors and people affected by the floods. 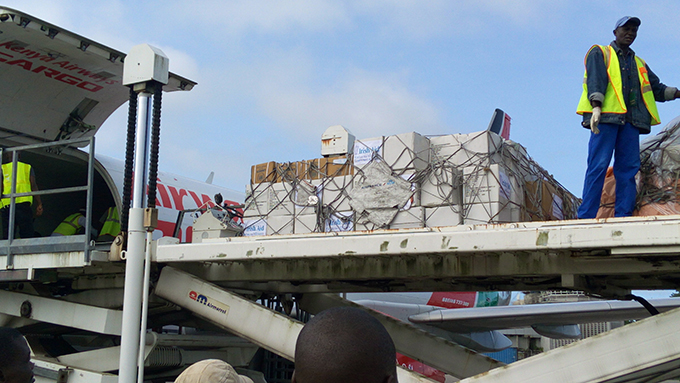 The Sierra Leonean Red Cross, for example, supported by the International Federation of the Red Cross (IFRC) responded immediately when the mudslide hit. Red Cross staff and volunteers were crucial to the initial search and rescue efforts, working frantically alongside emergency officials to rescue survivors. Early funding released from the IFRC’s Disaster Emergency Fund helped Red Cross volunteers to assist the communities that lost their homes and loved ones in the mudslides, providing first aid, health care, water, sanitation and emergency food. In 2017, Ireland has provided €1.6 million in funding to the IFRC, supporting the response of local Red Cross and Red Crescent societies when disaster strikes. 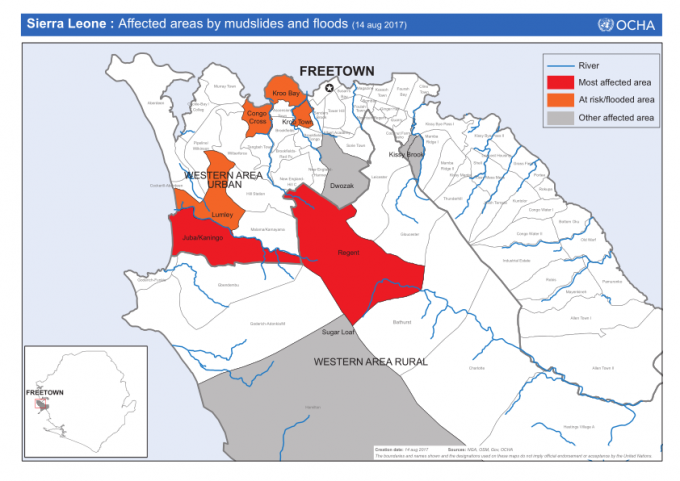 Our NGO partners based in Sierra Leone have also been key to the disaster response. Irish Aid provided €115,000 to Trócaire to support their work raising awareness among victims of the flood response services available to them; providing psychosocial support to those affected; and distributing dignity kits. We also contributed €100,000 to Concern, to support them in distributing supplies and cash.  In addition, over eight tonnes of emergency supplies were airlifted through Irish Aid’s Rapid Response Initiative to Concern to help respond to the shelter needs of people displaced by the mudslide and flooding.  These supplies focussed on the most vulnerable – elderly people, pregnant women and children under five. Irish NGO GOAL also reallocated €120,000 in Irish Aid funding towards its response, supporting the rehabilitation of eight health centres and activities focused on the prevention of cholera. The Embassy in Freetown will provide a further €100,000 in 2017 for the relief efforts, focussing on nutrition and disease control.

Many NGOs on the ground have also received funding through the Start Fund, an Irish Aid supported multi-donor pooled fund for NGOs. Start funding is supporting various projects to ensure clean water supply in Freetown, psychosocial support to the injured and cash grants to those affected. Ireland has provided a total of €3.9 million to the Start Fund since 2013, including an allocation of €1.3 million in 2017.

Ireland has a longstanding relationship with Sierra Leone and has been supporting the people of Sierra Leone to rebuild their country since the end of an eleven year civil war in 2002. More recently, Ireland worked closely to assist the country in its response to the outbreak of Ebola in 2014.