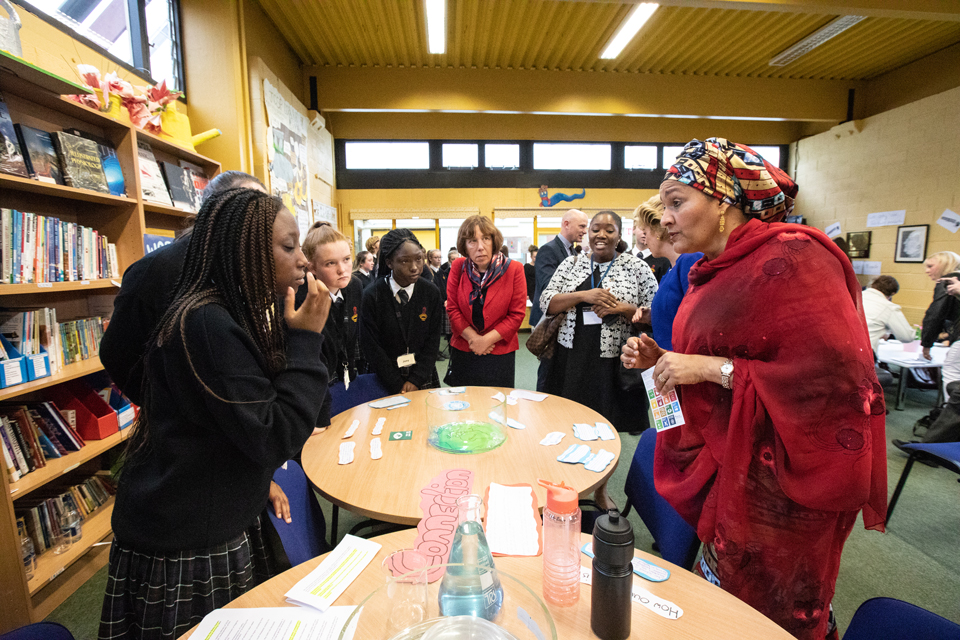 The residents of Clondalkin must have wondered about the identity of the VIP who swept through the village with a full Garda escort at lunchtime on Friday 7 September. The visitor was Ms Amina Mohammed, Deputy Secretary General to the United Nations, on her way to Deansrath Community College. Deansrath is a co-educational, ETB (Education and Training Board) school offering both second level and post-Leaving Certificate programmes. Since meeting Minister Ciarán Cannon in New York earlier in the year, and learning about Ireland's DEIS programme for schools in disadvantaged areas, Ms Mohammed had been keen to visit a DEIS school. Minister Cannon had explained to her how in Ireland, data is utilised to identify needs and to allow rapid responses to changing conditions of disadvantage. This means that schools can quickly be assigned DEIS status, allowing them to avail of extra staff and resources. DEIS (Delivering Equality of Opportunity in Schools) also means opportunity in Irish. 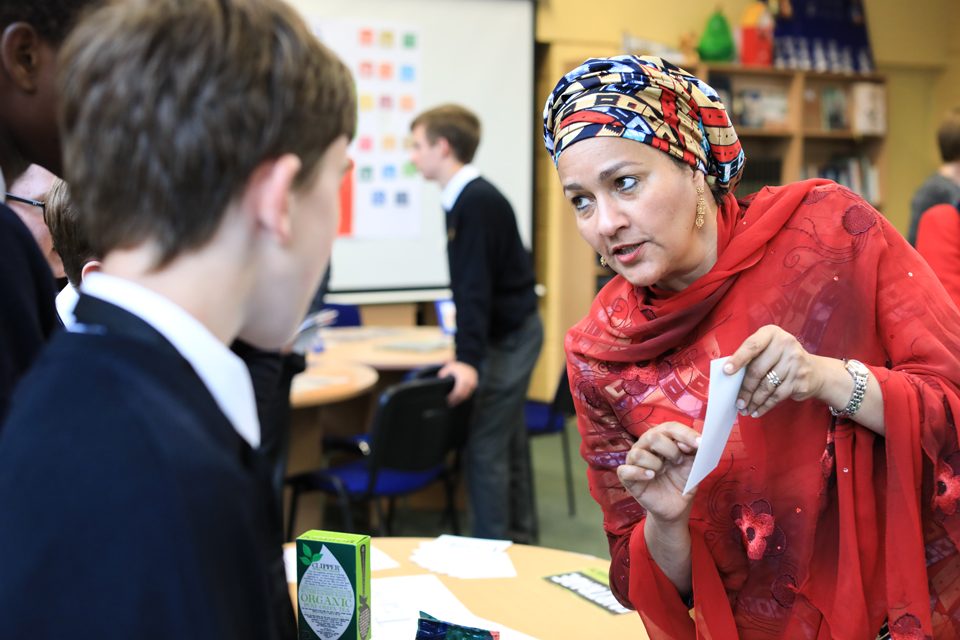 Deansrath CC is also very involved in Irish Aid's Development Education programme, WorldWise Global Schools. They were awarded both a grant and a WWGS Global Passport last year, a year in which they did some interesting work on the United Nations Sustainable Development Goals. The school has an active Development Education committee, ably led by teachers John Doyle and Fiona Buggy and they have also been working on Fairtrade, sustainable consumption and reducing the school's carbon footprint. 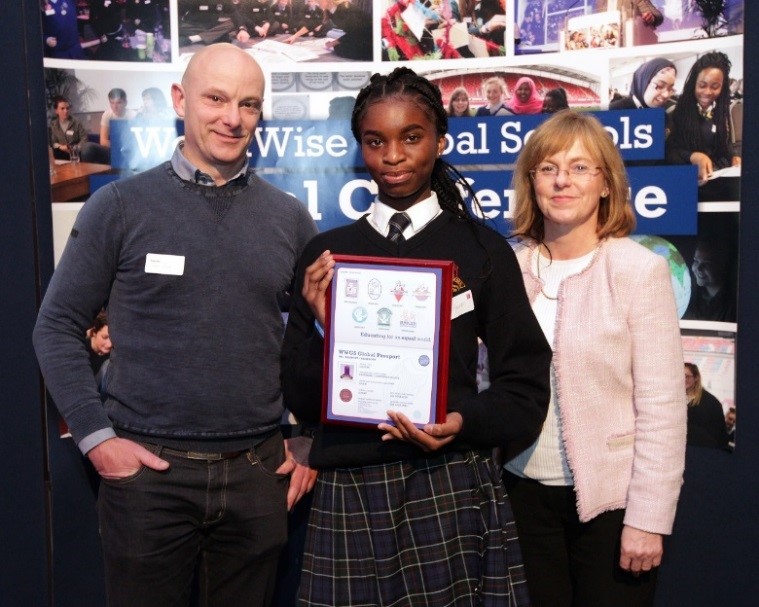 Since teacher Fiona Buggy brought students to visit a Badjao tribal community in the Philippines in 2010, they have maintained a partnership with Nano Nagle College, a post-primary school in the area.  The school is also a strong contender in the Concern debates, reaching the semi-finals in 2016.

As DSG Mohammed arrived at the school she was greeted by Principal Helen Taylor and a students' guard of honour. As she made her way to the boardroom for a briefing on the DEIS school model, the choir, led by teacher Clodagh O'Gorman, sang Siyahamba (We Are Marching, a song from South Africa and Banaha, a song from the Congo.

In the boardroom, officials from the Department of Education and Skills discussed the DEIS model with Ms Mohammed, Ambassador Byrne Nason, Paddy Lavelle, CEO of the ETBI, Orla Mc Breen, Director of the Civil Society and Development Education Unit of Irish Aid, Principal Helen Taylor, Deputy Principal Frances McNicholas and members of the school board. Principal Taylor played a moving video which communicated the positive impact that DEIS has had on the lives of past pupils of the school. 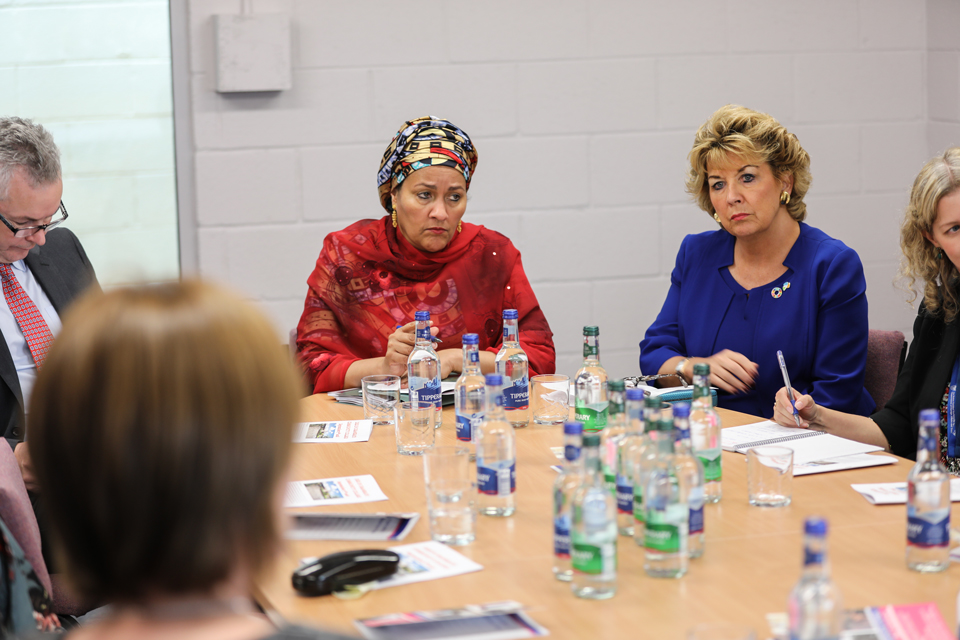 DSG Mohammed had played an important role in bringing about the 17 Sustainable Development Goals and the Deansrath students were keen to show her how they are working to achieve them by 2030. In the Michael D Higgins Library, they presented their work on Fair Trade, the international water crisis and the SDGs. 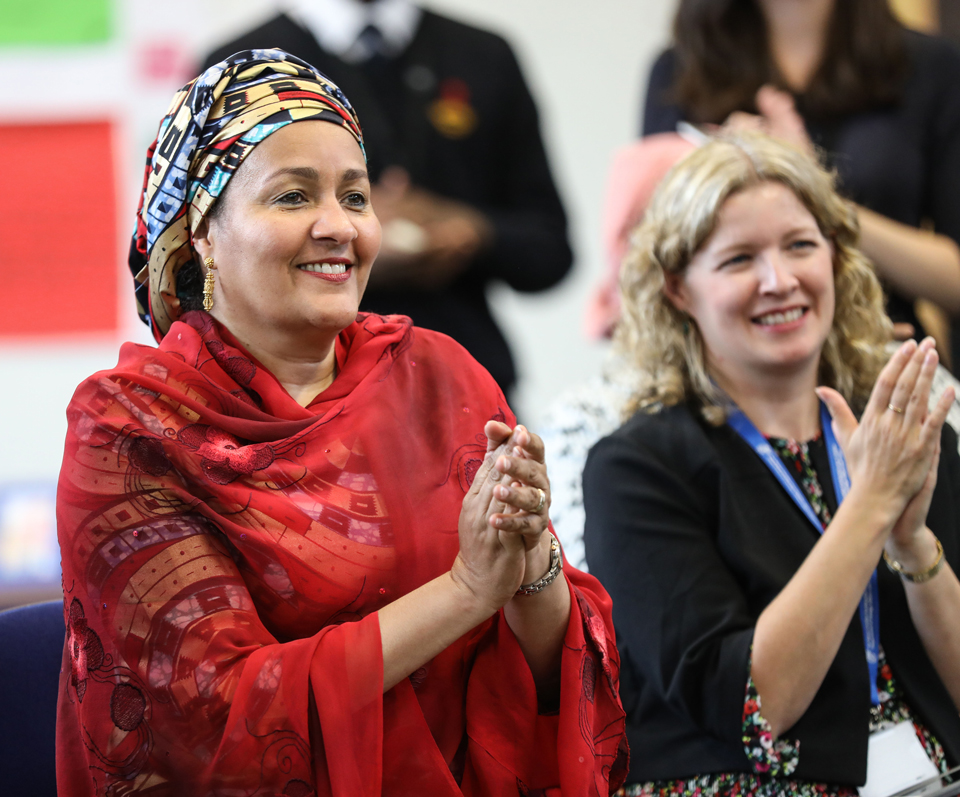 They held animated discussions with the DSG and she was clearly impressed by their passion and determination to tackle the difficult issues affecting our world. After a stimulating discussion, the Deansrath students showcased their talents in other areas. They treated the DSG and guests to their home made cakes and to a beautiful performance of a four-hand reel by their champion dancers, accompanied by music teacher Eimear Carroll on the flute. 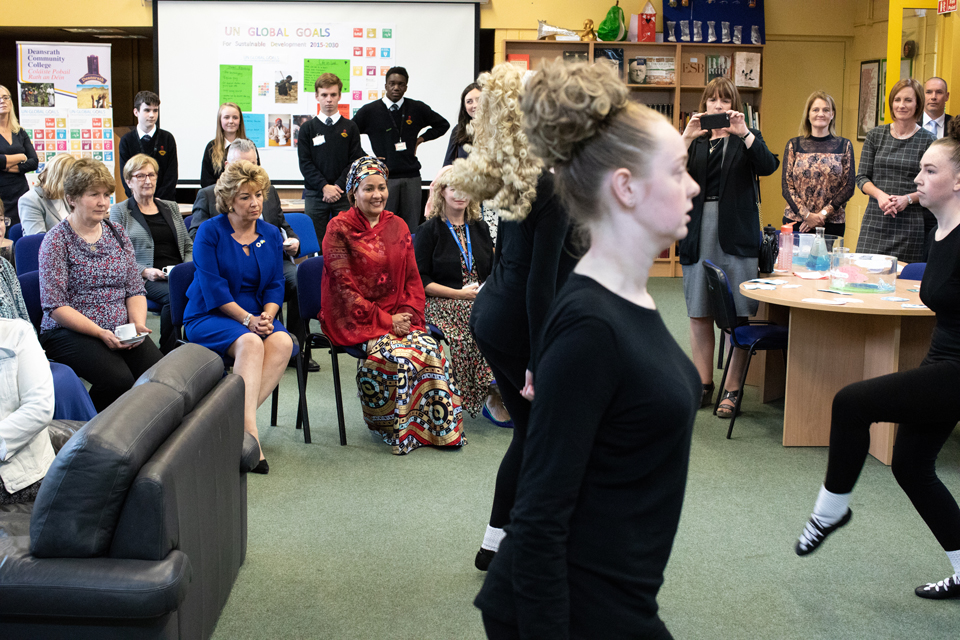 In an unexpected move, DSG Mohammed sat and invited questions from the students. As this was unplanned and the students unprepared, the questions came straight from the heart, issues of real and personal importance to them. She listened carefully and her thoughtful replies were full of encouragement, stressing the importance of education in helping them to achieve their goals. She urged them to embrace the wonderful diversity in their school and to celebrate it as a strength and to make every step their best step to ensure success. 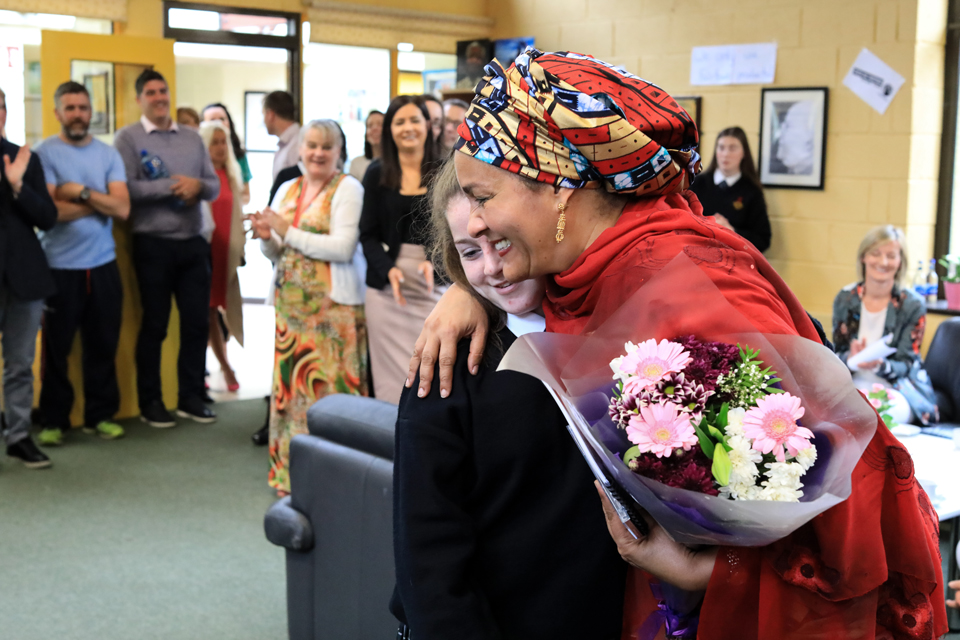 DSG Mohammed clearly enjoyed and valued this session with the students and her staff had to remind her that she had other engagements. To close the proceedings the school choir sang Ose Ayo, a Nigerian folk song which was familiar to the DSG. Finally, she was clearly touched to be presented with a bouquet and a book of students' stories by the youngest student in the school. The Deansrath students, and indeed the adults present, were clearly inspired by this elegant lady who has broken through so many barriers to achieve her prominent position in the United Nations. 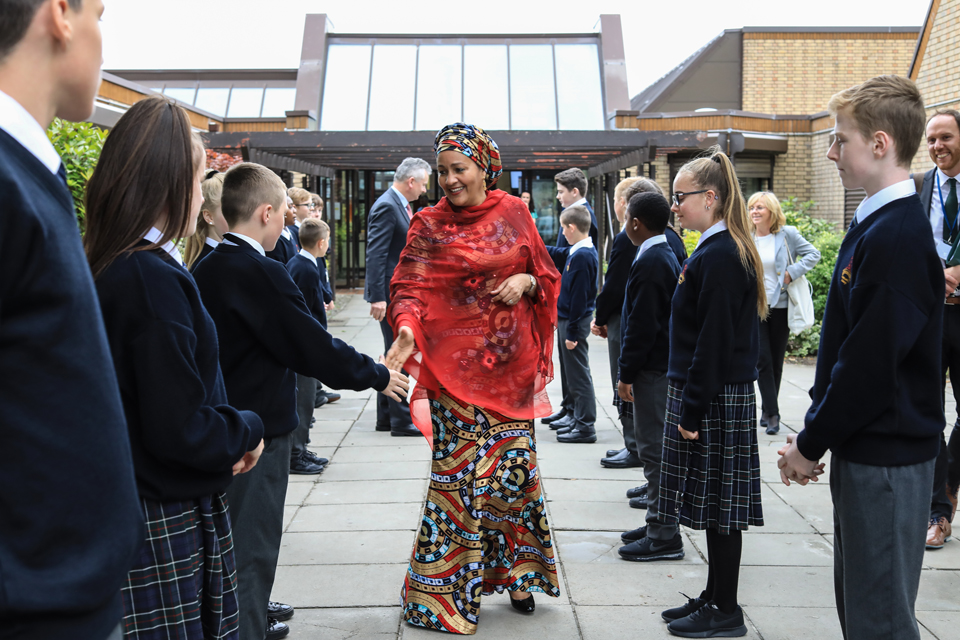 International Day for the Elimination of Violence against Women 2018