Minister Costello announces €1.65 million to assist families affected by the crisis in Syria 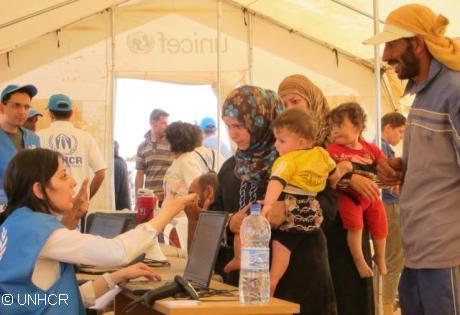 "Ireland is showing leadership in response to the worsening crisis in Syria, which has left almost seven million people in urgent need of assistance."

The Minister for Trade and Development, Joe Costello T.D, today announced €1.65 million in funding to support thousands of families forced to flee their homes because of the devastating conflict in Syria.

The funding, which is being provided to Concern, Goal and Oxfam, brings Ireland’s total support for communities afflicted by the conflict in Syria to almost €10 million.

“Again Ireland is showing leadership in response to the worsening crisis in Syria, which has left almost seven million people in urgent need of assistance. This funding will enable Concern, Oxfam and Goal to provide clean water, sanitation, food and blankets to those who have been left homeless by the conflict both within Syria and in neighbouring countries.”

Indiscriminate violence and widespread human rights violations have left more than 93,000 people dead and driven a further 1.6 million people into neighbouring countries, where host communities are struggling to meet their needs.  The United Nations this month launched its largest ever appeal in response to the Syrian conflict, requesting $5.2 billion.

“Countries such as Turkey, Jordan and Lebanon have shown immense generosity in hosting such large numbers of Syrians seeking refuge, but have come under great strain as a result. The assistance provided by Ireland will also support communities in these countries who are sheltering Syrian refugees.”

The Tánaiste and Minister for Foreign Affairs and Trade, Eamon Gilmore, T.D., said Ireland is committed to assisting those affected by the conflict, while at the same time strongly supporting international efforts to achieve a peaceful resolution of the Syrian crisis.

“I very much welcome US and Russian efforts to convene a peace conference in Geneva in the coming weeks. Clearly the international community must do more to try and reduce the violence and persuade all sides in Syria to commit to peace talks and promoting a democratic transition.

“The efforts to convene the Geneva II conference will hopefully be considerably advanced by this week’s agreement by the G8 in Enniskillen on the urgent need for a political solution.”