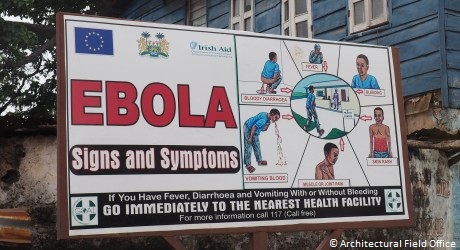 The Minister for Trade and Development, Joe Costello, TD, today announced an additional €145,000 in funding to help fight the spread of the Ebola virus in West Africa.

The funding will be used to train health workers, provide protective health equipment, and support local Ministries of Health.

Minister Costello stressed the importance of the international response to the outbreak, saying:

“Sierra Leone and Liberia are partner countries for Ireland's aid programme and we have already provided almost €230,000 to fight the disease in West Africa.  This new funding will go to help the international efforts which are being coordinated by the World Health Organisation.

“There is serious concern about the spread of the regional outbreak to Sierra Leone and Liberia and the WHO has deployed 150 experts to west Africa to help prevent the further spread of the virus.

“The situation remains very precarious. Irish Aid and our Embassy in Freetown are closely monitoring the situation, and coordinating response efforts with Governments and other UN, EU and NGO partners.”

The funding announced today consists of €100,000 to the International Rescue Committee in Sierra Leone to help fund awareness training, training of health workers and protective gear and hygiene materials, and €44,350 to support the Ministry of Health and Social Welfare of Liberia to respond to the areas most in need.

Ireland has already also provided €85,000 to Concern Worldwide for their programme which aims to prevent the spread of Ebola through community awareness training and health and hygiene awareness in Sierra Leone and Liberia.

Notes for the Editor