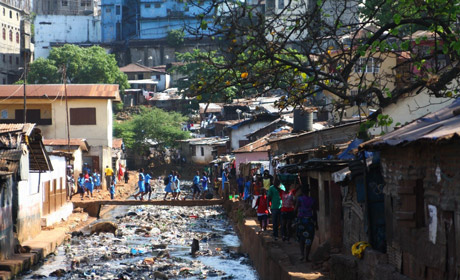 The Minister of State for the Diaspora and International Development, Joe McHugh T.D., has launched Irish Aid’s Annual Report for 2015 at an event held this evening in Dublin Castle, attended by many of Ireland’s civil society organisations working in overseas development, and the heads of Ireland’s diplomatic missions abroad.

The Report also recalls the key role played by Ireland in helping to broker agreement on the new UN Sustainable Development Goals as adopted by world leaders at a summit held in New York in September 2015.

“2015 was a year that was once more marked by appalling levels of human suffering as a result of conflict and natural disasters. But it was also a year, that all Irish citizens can be proud of. In a year of celebration of the 60th anniversary of Ireland’s admission to the UN, that we, together with Kenya, were elected by the President of the UN General Assembly to facilitate the brokering of a global agreement to replace the Millennium Development Goals, is testament to our internationalism and our role in the world.”

Commenting on the work of Irish Aid in response to humanitarian disasters in 2015, Minister Mc Hugh said: “Irish Aid allocated €142 million which was used to provide shelter, food and essential services to thousands of communities across the world.”

- In Ethiopia, 28,157 poor and marginalised victims of violence, 71% of whom were female, received free legal aid.
- By the end of the year, an estimated 382,000 households were using improved fuel-efficient cook stoves in Malawi as part of Irish Aid’s work in adapting to the effects of climate change.
- Ireland’s leading role in improving health in Mozambique continued to yield dividends with an ongoing surge in the numbers of supervised births in the country, a major step towards reducing maternal mortality. At just 62% in 2010, the proportion reached 75% in 2015.
- In 2015, Ireland led on the development a recovery plan for Sierra Leone, declared Ebola-free by the WHO in November. Ireland’s role in responding to the crisis, was widely acknowledged: €18.5 million was provided and Ireland played a coordinating role to bring the outbreak under control.

- successful peace negotiations in Colombia supported
- hundreds of local groups and individuals in Central and South America assisted with securing their human rights.
- schools in targeted districts in Afghanistan assisted to achieve 100% retention rates for girls.
- conflict-affected states in Africa received help to rebuild their economies.