The Minister of State for the Diaspora and International Development, Joe McHugh TD, today begins a four-day visit to Kenya, on the first formal visit to the country by a Government Minister since the re-opening of the Embassy of Ireland in Nairobi in October 2014. 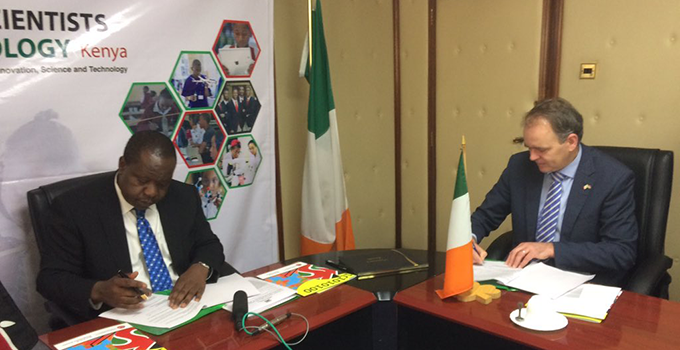 During his visit, the Minister will focus on the development of political, trade and economic relations with Kenya.  He will see the work on the ground of Irish development NGOs funded under the Government's aid programme, Irish Aid.  He will engage in a series of meetings on conflict resolution and conflict prevention, and will travel to Samburu County in Northern Kenya to see the work of the Shalom Centre on inter-ethnic conflict mediation.  The Minister will also participate in the international conference of the Global Partnership for Effective Development Cooperation, which is being hosted by the Government of Kenya.  He will also meet with the strong Irish community in Kenya, including the Irish missionaries, and will launch an exhibition highlighting the contribution of the Irish diaspora to Kenya and its people over the past 100 years.

The visit comes directly after the meeting of EU Development Ministers under the Foreign Affairs Council in Brussels on 28 November, where Minister McHugh spoke on the revision of the European Consensus on Development, the future of the EU's relations with the African, Caribbean and Pacific Countries, as well as on what has been achieved since the EU-Africa Migration Summit which was held one year ago in Valletta.

"I am delighted to mark the re-opening of Ireland's Embassy in Kenya by focusing over the coming days on the strengthening of our political and economic relations and working on the potential for further cooperation and links between Ireland and Kenya.  I want to look in particular at the impressive work of Irish missionaries and NGOs over the years in Kenya and the wider region, and to learn more about the opportunities to develop a strong Irish contribution on conflict resolution, drawing lessons from our own experience in Ireland and in Africa.  I will follow up on my recent discussions at the Harvard Negotiation and Mediation Clinical Programme, and look forward to visiting the Shalom Centre for Conflict Resolution and Reconciliation headed by  Roscommon-born Fr. Patrick Devine.

My discussions yesterday in Brussels at the Foreign Affairs Council underlined for me the vital role which Europe needs to play, at a time of great uncertainty, in strengthening our political, economic and development partnership with Africa for the decades ahead".

Notes to the Editor