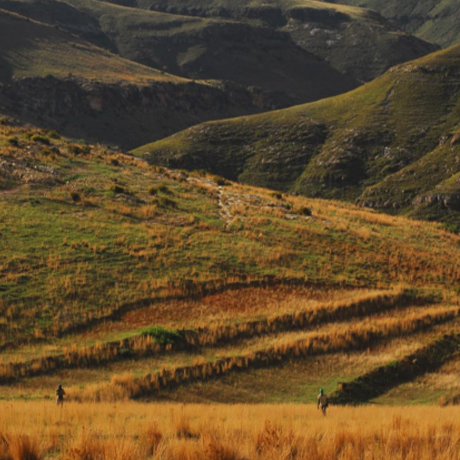 The mountain Kingdom of Lesotho is a landlocked country of 30,355 square kilometres with a population of almost 2.1 million. Climate change has already impacted the water sector in Lesotho whereby perennial springs have run dry and subsistence farming is in decline due to recurring droughts (MNR, 2007). Recent reports from the Ministry of Energy, Meteorology and Water Affairs (MEMWA), in Lesotho indicate that there has been a 0.7ºC degree increase in seasonal mean temperature and there is a projected increase of 1.78-2.2ºC degrees by 2060 in many areas of Lesotho (MEMWA, 2013).