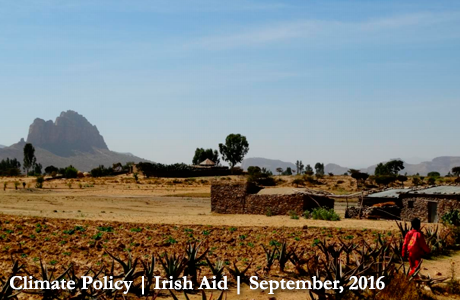 Ethiopia has an area of 1,104,300 square km and is landlocked. Ethiopia has a diversity of climatic and biophysical settings, ranging from equatorial rainforest in the south and southwest, which is characterized by high rainfall and humidity, to Afro-Alpine on the summits of the Semen and Bale mountains and desert-like conditions in the north-east, east and south-east lowlands. Ethiopia has a population approaching 100 million people. According to the UNDP climate change country profiles, the average annual temperature in Ethiopia is projected to increase by 1.1 to 3.1C degrees by the 2060s (McSweeney et al. 2010). By the end of 2015, Ethiopia was suffering its worst drought in fifty years due to the global El Nino. The two rainy seasons of the year were greatly affected by this climatic event