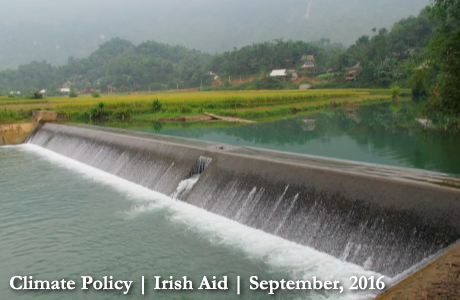 The total land area of Vietnam is 329,569 square kilometre and it has a population estimated at over 91 million. Vietnam has the highest population density in Southeast Asia after Singapore, with a national average of 232 people/km2 and up to 1,000 people/km2 in the Northern Delta. Since the country lies in the tropical cyclone belt, it is vulnerable to natural disasters, including typhoons, floods, droughts, saltwater intrusion and landslides. Over the past 50 years, the average temperature in Viet Nam has increased by approximately 0.5°C and the sea level has risen by about 20cm. Extreme climate events have increased both in frequency and intensity. Climate change has made hazards, especially storms, floods and droughts, more intense. The average annual temperature has increased by 0.4C degrees since 1960 and is projected to increase by 0.8C to 2.7C degrees by the 2060s.