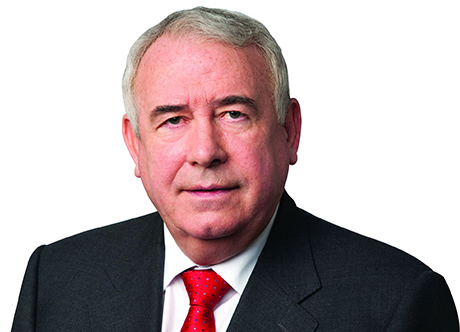 "Our commitment to tackling hunger is a long-standing one. It continues to be at the heart of what we do."

Welcome and thank you all for being here for the launch of the 2012 Irish Aid Annual Report. The launch of the Annual Report gives us an opportunity to look back and reflect on a year of achievement for the aid programme.  More significantly, perhaps, it has become an important point in the annual calendar when we gather to assess the effectiveness of what we as a nation are doing in the fight to end global poverty and hunger.  And to look at how we can build for the rest of 2013 on some of the achievements, including the EU Presidency, which are not explicitly covered in the Report before us.

This is the time of year when the Government is faced, in difficult circumstances, with hard choices on how scarce public resources will be deployed for the year ahead.  For the past two years, we have achieved the stabilising of the aid budget after several years of serious reductions.  We have done so because of our commitment to helping those less well off than ourselves, because this is a core value of the Irish people, and because it is in the interests of the Irish people.  As the late Seamus Heaney recalled in his poem “Ten Glosses”, in words that many of you will know well: “Who is my neighbour? My neighbour is all mankind.”  In our increasingly interconnected world, this has never been more true.

Despite very significant progress, especially in the framework of the Millennium Development Goals, the reality is that over 800 million men, women and children around the world still spend their lives hungry and undernourished. Over a billion people are living in extreme poverty, often in circumstances that have to be seen to be truly believed.

It says something about who we are as a people that, despite the difficult times being experienced by families in Ireland, solidarity with those suffering from hunger and extreme poverty remains so strong.  I think Seamus Heaney again captured it perfectly when he stated in a lecture in the National Museum just last March that we have an opportunity to “open up a new way of thinking about ourselves and the country we live in........we are not simply a credit rating or an economy but a history and a culture, a human population rather than a statistical phenomenon.”  Our aid programme is an expression of our sense of community, and our place in the world.  We can be proud that it is so supported by the Irish people and that it is still recognised as one of the most effective in the world.

And for those who are not persuaded by the moral case alone, there are good arguments to suggest that helping other countries develop sustainably and equitably is also in our interest, especially as a small country in an interdependent global community. While working to tackle the root causes of poverty and hunger, we are also seeking to ensure that the countries we support graduate from a dependency on aid and become strong trading partners in a healthy world economy.

The theme of this year’s Annual Report is Reducing Hunger and Strengthening Resilience.  Our commitment to tackling hunger is a long-standing one. It continues to be at the heart of what we do. The Report highlights examples of how we actually work to reduce hunger and improve nutrition both in our partner countries and at international level.

In Malawi, for example, the introduction of irrigation systems in Ntcheu District has successfully extended the growing season, helping families produce enough food for the whole year. A programme of advice on nutrition, complementing the irrigation scheme, was also established. Together these interventions have helped reduce hunger and increased the number of children getting adequate nutrition.

We also wanted to highlight the importance of strengthening resilience in our development and humanitarian work. Resilience – ensuring that people are better able to cope with shocks- is an important part of our efforts to end poverty and hunger. It is essential to ensure that the real improvements being achieved in people’s lives are not eroded by adverse events such as illness, food price increases or natural disasters.

Examples of how we work to reduce hunger and strengthen resilience include the social protection programme supported by Irish Aid in Zambia. Under the programme, vulnerable families receive a small cash transfer each month helping to ensure that they have enough to eat, and once their basic needs are met, can save a bit and plan ahead. Up to 250,000 people have received assistance and significant results are being achieved; families have more food and children are going to and staying in school.

In Ethiopia in 2012, 6.9 million people avoided hunger, through the Productive Safety Net Programme, which is supported by Irish Aid. In exchange for public works, vulnerable people receive predictable cash or food transfers. During my own visits to Ethiopia, I saw how people’s lives have improved as they use the grants to access basic services like healthcare, education, and purchase better food and clothing for themselves and their family members.

A little over a year ago, I visited the newly built Za’atari refugee camp in northern Jordan, along the border with Syria. Even then, the immense human suffering caused by this horrific civil war was evident. Numbers of refugees from Syria were growing rapidly and they brought with them tales of fear and violence. The situation has continued to worsen and now nearly two million Syrians, one million of them children, have sought refuge in neighbouring countries. Imagine the consequences, on an individual and societal level, if every child in Ireland, all one million Irish children, were forced to flee their homes. It is impossible to imagine, yet has happened to these Syrian children. This is why we continue to maintain an aid programme. Our humanitarian support can and does save lives.  For those in the most desperate of circumstances, humanitarian assistance makes the world of difference, enabling people to survive and hopefully see a brighter future.

While conflict and state fragility were the main causes of humanitarian crises in 2012, 106 million people were still affected by natural disasters. The reality is that the poor and marginalised are worst affected by crises and such crises threaten to erode the development gains that are being made. Building the resilience of vulnerable communities is essential to ensure that people are better able to cope with and recover from shocks or disasters.

We are all here because of a shared concern about the welfare of those more vulnerable than ourselves.  We know that while “putting an end to poverty and hunger” is easy to say, putting it into practice is much much harder. Effectively addressing the causes of poverty is a complex task that is not without risk, as we saw in the case of Uganda in late 2012. The misappropriation of funds, detected by the Ugandan Auditor General, underscored the importance of our commitment to accountability. As well as ensuring that robust financial and risk management systems are in place internally, we will continue to work to strengthen systems and oversight mechanisms in our partner countries, such as the Office of the Auditor General in Uganda.

Our new policy, One World One Future reaffirms this commitment to accountability. Developing the new policy was a significant piece of work during 2012.  Public consultations were held and I know that many of you contributed to these, including Nora Owen and the other members of the Expert Advisory Group. The views expressed through the consultation process were listened to and reflected in the new policy, which was published this year.

Work on implementing One World, One Future is now underway. One of first commitments in the Policy to come to fruition will be the new Volunteering Initiative, which I look forward to launching at the Irish Aid Volunteering Fair on Saturday, 12 October.

The Initiative will reflect development needs in developing countries and increase volunteering opportunities for those who have skills and experience in short supply in the developing world.   It will draw on a wide range of elements that will enhance the quality of volunteer programmes.  In particular, I hope that in the future it will be possible to embrace a wider diversity of volunteers from Ireland including recent retirees from the public service, diaspora, disabled people and traditionally marginalised groups.

The Irish Aid programme – the Irish people’s aid programme - is achieving long-term sustainable results and ensuring that vulnerable communities can build a better future for their children. We recognise fully that our aid programme must be fully transparent, providing maximum value for money and delivering positive results in the lives of those who it is targeting. We have produced this Annual Report, alongside the other information we provide on our website and via social media, to show how Irish Aid’s budget is being spent effectively and how we are making a real difference to people’s lives.

In just ten days time, I will travel to New York, as will the Tanaiste some days later, to participate in the most important international meeting on development this year.  At the UN, in a series of meetings and discussions, we will represent Ireland as world leaders gather to consider how to maintain and indeed accelerate progress under the MDGs, and how to reach agreement on a new, integrated framework for sustainable development in the years post-2015.

Under our EU Presidency, Ireland has played a leading role in helping to shape this vital debate.  I am determined that, in the years to come, Ireland will continue to take a lead in policy formulation and discussion and in actions on the ground in the fight to end extreme poverty and hunger.  I firmly believe that if we can mobilise the political commitment and the will, in cooperation with our partners in the developing world, we now have a real opportunity to end extreme poverty and hunger in our global community in just one more generation.