As we learn more about HIV transmission routes and where the disease burden is greatest, Irish Aid and partners have adapted its approach to HIV prevention. In eastern and southern Africa, the region with the greatest burden, new adolescent and adult HIV infections have reduced in some of our key partner countries since 2005 according to the recently released UNAIDS Prevention Gap report, including Malawi and Tanzania by over 50% and by 48% in South Africa. While new adult infections were reported to have increased in Uganda by 21% in the same period, there has been a decline since 2011, demonstrating a progressive trend in Irish Aid’s partner countries. 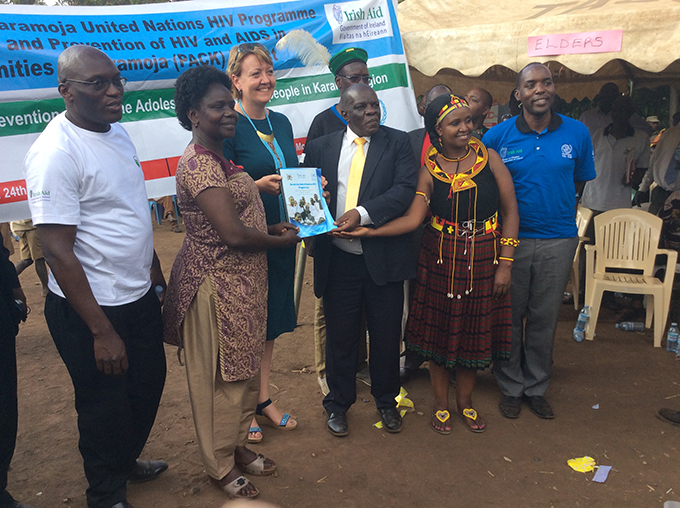 In 2014, UNAIDS called for ending the AIDS Epidemic by 2030 and defined the worldwide goal to reduce adolescent and adult new infections to 200,000 by 2030, which corresponds to a 90% reduction in new infections from 2010 levels. To reach this ambitious target, improved access to essential services is needed in all key locations and by all priority populations, including key populations that were previously difficult to reach including gay men and other men who have sex with men, sex workers and their clients, transgender people, people who inject drugs and prisoners.

In 2015 alone, nearly 390,000 adolescent girls and young women aged 10–24 became newly infected with HIV globally. In many countries in Africa, including Irish Aid’s key partner countries, young women are more than twice as likely to acquire HIV as their male peers. 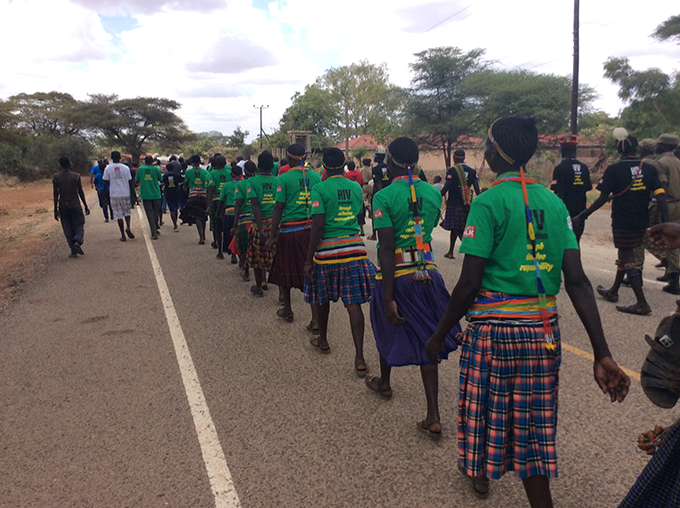 Irish Aid has adapted its programming to address this situation across a number of countries. In Uganda for example, Irish Aid has developed a coordinated HIV prevention programme based in Karamoja, Uganda’s poorest region, with the involvement of national and local government, UN agencies and NGOs including the Straight Talk Foundation. The Straight Talk Foundation specialises in providing age-appropriate information and services to adolescents and young people on HIV prevention and other related issues. It was previously found that the needs of adolescents are not always fully considered by HIV and health service providers.

Irish Aid in South Africa supports network organisations that will build capacity across women’s groups and ensure that the voices of women affected by HIV/AIDS and Gender Based Violence (GBV) is heard in national policy fora and dialogue. In 2016, this approach was intensified with work focused on the intersection of HIV/AIDS, GBV and human rights.

Our programme in Zimbabwe supports a multi-donor Health Development Fund. This fund, managed by UNICEF, will deliver results on more equitable access to quality health services for women and children including the provision of services to combat the impact of HIV and AIDS, malaria and other preventable diseases. Our partnership with UN agencies and close coordination with EU member states and other international actors in Zimbabwe also reflects our policy priority of working effectively in countries experiencing high levels of fragility.

The above examples show how Irish Aid is responding in different ways in our fight against AIDS. While in some countries, it may be most appropriate to develop specific health and HIV programmes, in other contexts our response can be best delivered through education, gender, human rights or other areas that are critical to end AIDS.

Join us for our annual Professor Father Michael Kelly Lecture on HIV and AIDS on Monday 5th December, 5 - 7.30pm, Royal College of Physicians of Ireland, 6 Kildare Street, Dublin Theme: Hands up for #HIVPREVENTION: Leaving no-one behind.