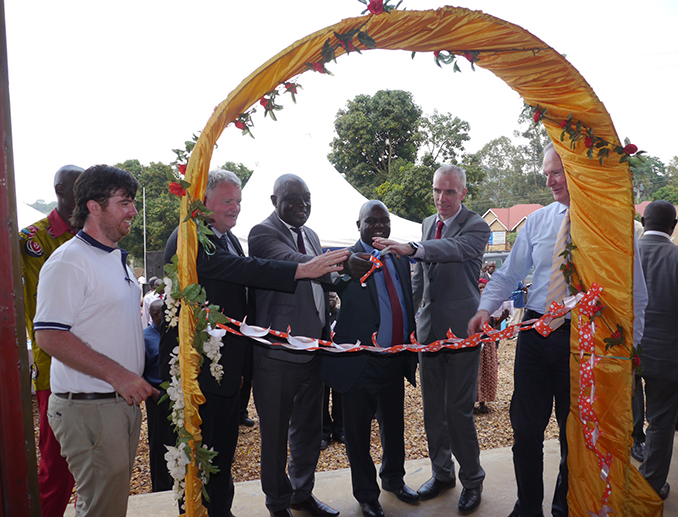 Ireland is facilitating collaborations between Irish and African agri-food companies to support sustainable pro-poor growth of local food industry, local markets and increase trade between Ireland Africa. On Thursday, 13th July, a seminar took place to share information on the African Agri-foods Development Programme (AADP), the second phase of the African Agri-food Development Fund (AADF) which works to support such collaboration. The seminar saw contributions from Minister for Agriculture, Food and the Marine, Michael Creed, and Minister of State for the Diaspora and International Development, Ciarán Cannon. 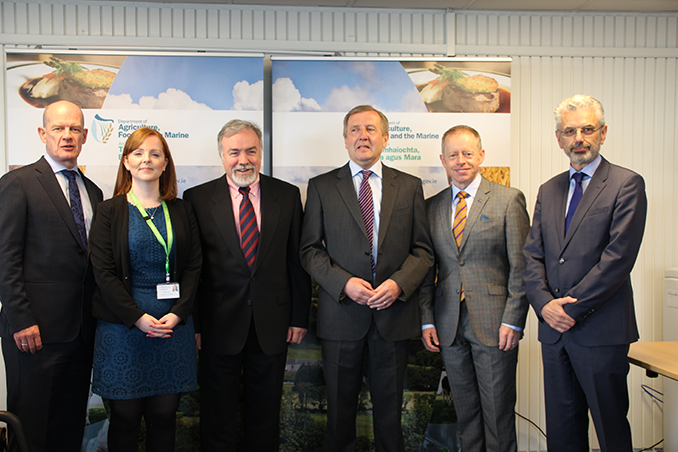 The African Agri-foods Development Fund (AADF) was launched in 2012 with a strong emphasis on collaboration between states and private enterprise, and between Ireland and a number of African countries. In Ireland, the Department of Foreign Affairs and Trade is working closely with the Department of Agriculture, Food and the Marine, and also collaboration between states and private enterprise in Ireland. The scheme has already fostered strong partnerships in Uganda, Malawi and Ethiopia, and it is expected that the scheme will continue to expand in the coming years.

This scheme also serves to highlight the historical and contemporary importance of agriculture and food security in Ireland’s overseas development work. Speaking at the seminar, Minister of State Cannon emphasised Ireland‘s global leadership in this area of development and welcomed the evolution of the African Agri-Food Development Programme as a further testament to Ireland’s willingness to continue to support agricultural development efforts. Drawing from our own experience of changes in agriculture and its impact on the wider economy and the country, Minister of State Cannon said,

“Agriculture plays a vital role in this country and our economy, and it has that same vital role across the world, and in particular in the countries that are the focus of our international development cooperation. Not only does the agricultural system have to meet our demand for, as IFAD terms it, food, feed and fibre; it also provides a livelihood for many millions of people around the globe. A very significant proportion of these people are living in poverty, many in extreme poverty.

To date, the AADF has funded a number of companies including MagGrow , Devenish, and Valid Nutrition. With an initial budget of €2 million, the AADF initially focused on Tanzania and Kenya for a pilot period from 2012 and 2013 but then expanded with the addition of projects in Uganda, Malawi and Ethiopia. It has now further evolved to include ten African countries where Ireland has an Embassy, the five aforementioned countries as well as Mozambique, Nigeria, Sierra Leone, South Africa and Zambia.

Its positive impact is most apparent in the successful partnerships that the programme has fostered. Below we will look at a few of these collaborations in more detail to see how the AADP is working on the ground.

Devenish is a farming and food company that works ‘From Soil to Society’, delivering innovative nutritional products and solutions for the feed industry, the food industry and for human health Although the businesses headquarters and R&D centres of innovation are strongly rooted in Northern Ireland, Devenish has a global presence. It now has ten manufacturing sites across Northern Ireland, GB, the USA, Turkey and Uganda, as well as offices in UAE, Uganda, Mexico, the Philippines, the Dominican Republic and India and is exporting to over 35 countries worldwide. The project supported by the AADF is a model pig farm in Hoima, Uganda, which is intended to support the strengthening of Uganda’s commercial pig industry by showing returns to investment, building capacity, and demonstrating good practice with regard to breeding, feeding and bio-security.

Devenish have constructed a feed mill, piggery, an office block, staff accommodation, manure pit, soakage pit, a 40ft water well, 16,000 litre water tank, and flood defences. These will ultimately go to the co-operative of farmers with whom Devenish are working. Devenish have also educated farmers on much needed bio-security measures in Hoima. Additionally, the project organised the first connection of the village to the national power grid and installed solar power system on the piggery section and feed mill machinery.

MagGrow have a magnetic spraying technology which increases the efficiency of spraying pesticides and fertilizers. Its demonstrated impacts include reductions in pesticides required to control disease, increases in yield from improved fertilization coverage and significant reduction in water consumption. The project that the AADF has funded supports the proof of concept and licensing of the technology in Ethiopia.

Using AADF funding, MagGrow has developed the prototype and early versions of the MagGrow backpack and tractor-boom product specifically aimed at the smallholder and subsistence farmer markets. Together with the Ethiopian Institute for Agricultural Research (EIAR), the backpack sprayer was tested - achieving very positive comparison against the conventional sprayer.  Following the successful completion of this test, the EIAR has submitted a written proposal to the Ministry of Agriculture recommending the approval of the technology in Ethiopia and the product will soon be launched.