Letter from the Minister 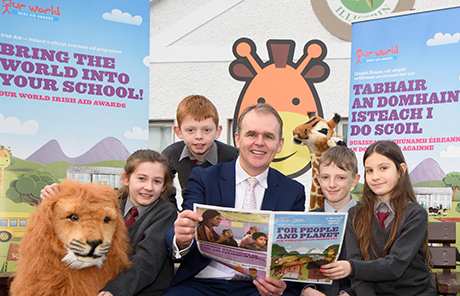 I am delighted to report to you on the great work that Irish Aid has supported over the past 12 months, in partnership with Irish NGOs and with the United Nations. Irish Aid is the Irish people’s aid programme.  Its work, focused on some of the poorest and most vulnerable communities in Africa, reflects the commitment of our people and Government to fighting to end poverty and eliminate hunger in our world.

Since taking on the role of Minister for the Diaspora and International Development, I have experienced and been inspired by the breadth and impact of Irish Aid’s work.  In my first days in the role, in May 2016, I accompanied President Higgins to the World Humanitarian Summit in Istanbul and I have been learning every day since then:  when I launched the Our World Irish Aid Awards at Scoil Naomh Fiachra, Letterkenny, in my own constituency of Co. Donegal;  when I visited Syrian and South Sudanese families forced to flee their homes due to conflict;  when I visited conflict resolution projects implemented by Shalom in Samburu in Northern Kenya;  when I attended the UN General Assembly in September 2016 and then met UN and global leaders at the humanitarian conference on Yemen in Geneva in May 2017.  I have seen how Ireland, in cooperation with our partners, is supporting people when they are at their most vulnerable. At UN and EU conferences on development and humanitarian issues, I have urged the international community to work together to find solutions to the root causes of humanitarian crises and I have consistently emphasised the solidarity of the Irish people with communities affected by conflict, drought and hunger.

At home, I have seen Irish people’s enthusiasm and energy being brought to international development issues. At the BT Young Scientist and Technology Exhibition it was inspiring to see young people using their time and scientific learning to question, explore and examine how to improve the lives of the most vulnerable, while Africa Day in 2016 and 2017 was a colourful example of what the African diaspora contributes to Ireland in terms of culture, business, music and broadening the horizons of our small island.

It is an honour to serve as Minister for the Diaspora and International Development. I am relishing the opportunity to increase Ireland’s connections with our diaspora in Kenya as much as in Boston, and to further enhance Ireland’s assistance to the most vulnerable people. As co-facilitator of the negotiations to agree the Sustainable Development Goals at the United Nations in 2015, Ireland has been a strong player in international efforts to promote and implement the SDGs. When I think about the challenges the world continues to face there is one particular phrase that most often comes to mind - it is the old Irish proverb ‘ní neart go cur le chéile’, translated into English ‘there is no strength without unity’. When I mentioned this proverb during my visit to Kenya, I was delighted to learn the Swahili equivalent ‘umoja ni nguvu’.  I strongly believe that these words, whether spoken in English, Irish or Swahili, must inspire us to continue working in partnership to live up to the world’s promise to leave no-one behind.

Minister of State for the Diaspora and International Development

In my first public engagement as Minister for International Development, I accompanied President Higgins to the World Humanitarian Summit in Istanbul. This inspiring event showcased the great work being done to save the most vulnerable people suffering from hunger, conflict and the impacts of natural disasters. Ireland’s role in responding to humanitarian emergencies was widely commended and representatives from across the world discussed measures to improve humanitarian response. 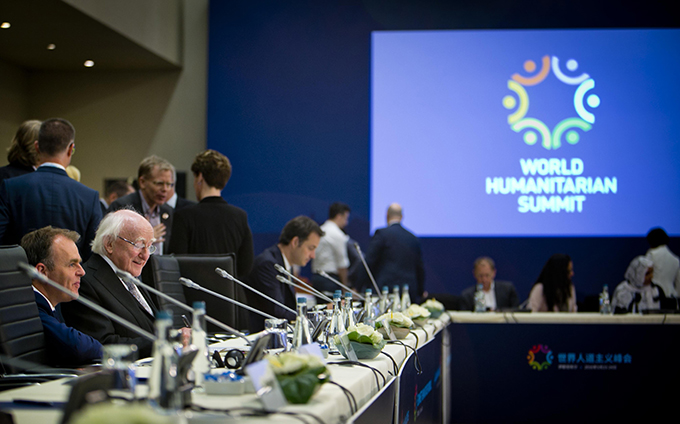 My visit to Uganda in July 2016 was my first visit to an Irish Aid key partner country. I was pleased to launch Ireland’s new five year strategy for engagement with Uganda which will primarily focus on poverty reduction, but will also look at building trade, political, cultural, and people-to-people links. I visited Karamoja, where Ireland is focusing in particular on education and it was important for me to hear directly from the young women and men benefiting from that education, and ambitious to proceed further to third level. My visit to Adjumani, on the border with South Sudan, brought home to me the fear that causes refugees to flee from their homes with nothing but the clothes on their backs, and the generosity of the Ugandan people and Government. 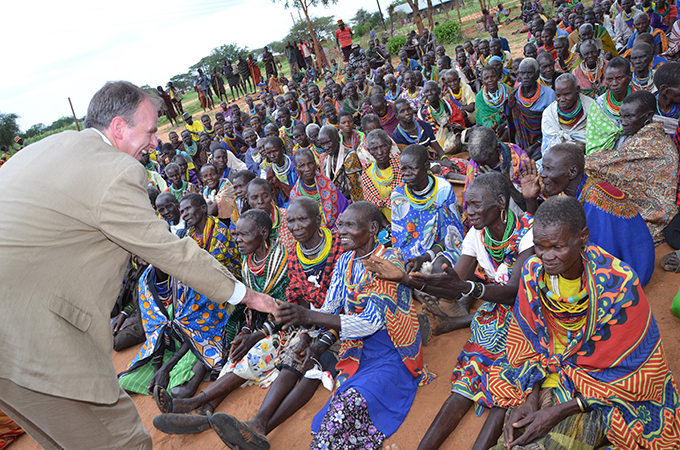 My visit to Kenya in December 2016 was the first formal visit by a Government Minister to Kenya since the re-opening of the Embassy of Ireland in Nairobi in 2014. In Kenya, I met with Irish and Kenyan business people working to advance prosperity in both countries and visited development projects funded by Irish Aid and managed by Irish NGOs and missionaries. 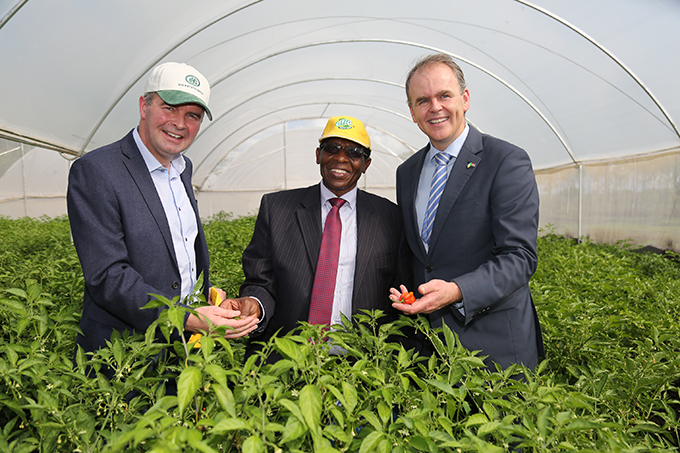 In my own constituency of Co. Donegal, I launched the Our World Irish Aid Awards at Scoil Naomh Fiachra in Letterkenny in January 2017. The Awards, which are open to all primary school pupils from 3rd to 6th class, help children to learn about the UN Sustainable Development Goals and Ireland’s contribution to these through the work of Irish Aid. 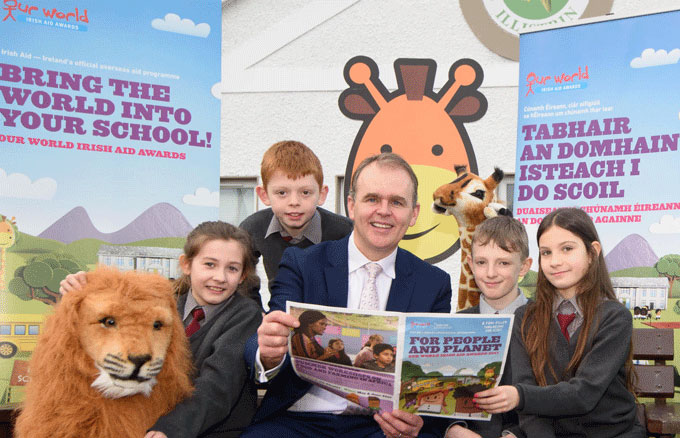 During my five day visit to Jordan and Lebanon in February and March 2017, I met with Syrian refugees being provided with life-saving equipment by Irish Aid, through its partners, and discussed the human impact of the Syrian conflict with my Jordanian and Lebanese Ministerial counterparts.  I was particularly struck by the resilience of the 80,000 residents of the Zaatari refugee camp in Jordan, and of the Palestinian refugees, including those from the conflict in Syria, in the much older Shatila Camp in Beirut.   I also had the opportunity to meet with Irish peacekeepers serving with the UNIFIL mission and see first-hand the quick impact projects in Lebanon funded by Irish Aid and completed by the Irish-Finnish Battalion.

I was honoured to officially open the national flagship Africa Day 2017 event on 21 May in Farmleigh Estate, Phoenix Park. It was a very lively event and I was delighted to meet with the African diplomatic community in Ireland, African diaspora community groups and non-governmental organisations working across the continent.