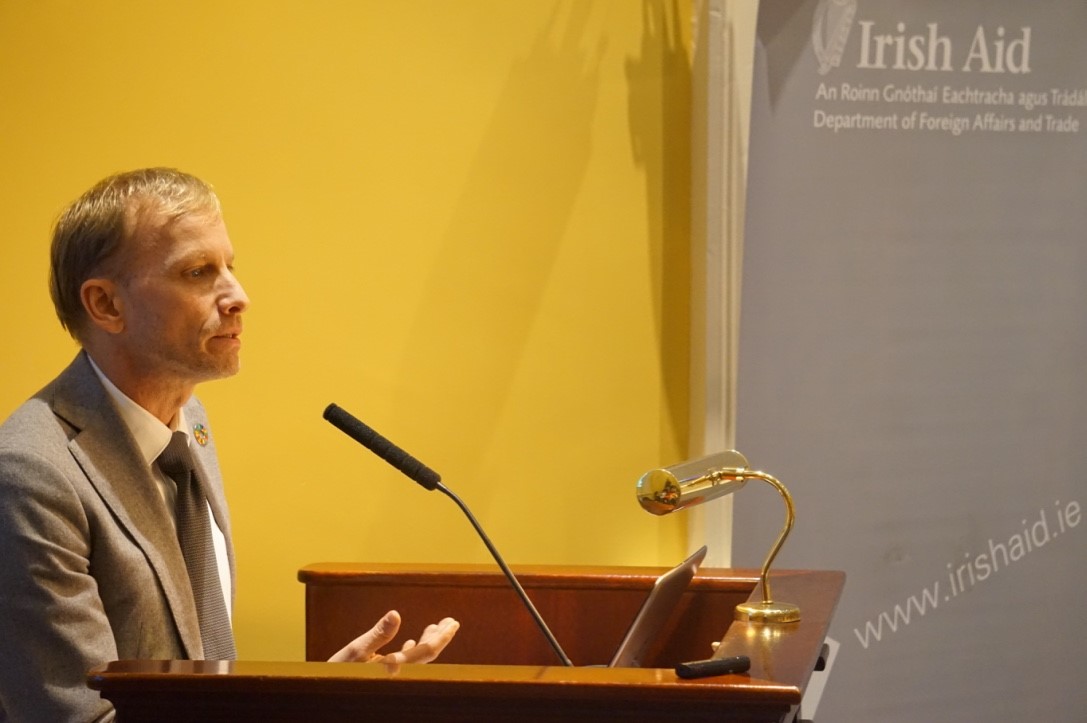 In January 2017, Dr Mark Dybul, Executive Director of the Global Fund to Fight AIDS, TB and Malaria, visited Dublin to meet with the Department of Foreign Affairs and Trade.  Representing Ireland’s largest global health partner with an annual budget of over $4 billion, Dr Dybul also participated as keynote speaker of a public event on Global Health and the Sustainable Development Goals, held in the Royal College of Surgeons in Dublin.

Dr Dybul thanked the people of Ireland for their continued support and highlighted the valuable financial and intellectual engagement of Ireland, a founding member of the Global Fund in 2002.  He also spoke at length about how we find ourselves in a time and place where we can hope to end AIDS, TB and Malaria as epidemics, and save countless lives.

As a funding mechanism that has saved over 20 million lives, the Global Fund is now focusing on building strong and resilient systems for health but ensuring that systems are responsive to people.

Another main issue discussed at the public event, which involved representatives of the World Health Organisation and UCD School of Health Systems, was the role of gender in combatting diseases and in achieving a fairer world. Young women and adolescent girls are almost 15 times more likely to be HIV positive than adolescent men in the same communities, and in Sub-Saharan Africa young women aged 15-24 accounted for 66 per cent of new infections among young people in 2015.

“We actually risk losing the battle against HIV/AIDS based on adolescent girls and young women. It’s only through equality that we are going to end these epidemics.  If we don’t correct where we are with adolescent girls and young women in Sub-Saharan Africa, we will not only not control and eliminate, or move towards controlling HIV and ending it as an epidemic, we will actually see an explosion of the epidemic.”

Dr Dybul referred to the demographic shift in Africa, as the population grows and young people make up a greater proportion of society.  He pointed to the opportunity to change the attitudes of an entire generation, and bring about long lasting changes to help end these diseases as epidemics, by embedding the importance of gender equality with young people in society.

The Sustainable Development Goals, that Ireland played a key role in negotiating, are integrally interlinked, and health is a key aspect of the SDGs. However, it is increasingly acknowledged that we cannot achieve health outcomes purely by working in the health sector, and that we need to work in other areas, such as education to achieve the targets set out in the SDGs. This will be a major factor in determining the effectiveness of our response, particularly in adolescent girls and young women in Sub-Saharan Africa.

“By keeping girls in school, we actually reduce HIV in a cross-sectoral way”

Dr Dybul finished his intervention on a positive note, noting that working towards the Sustainable Development Goals is an opportunity for us to give flight to the better angels of our nature, and once again emphasising that gender equality is key to achieving the SDGs.

During his visit, Dr Dybul also met with Minister Joe McHugh T.D. Minister of State for the Diaspora and International Development as well as representatives of the Joint Committee on Foreign Affairs and Trade.

“It’s only through equality that we are going to end these epidemics.” 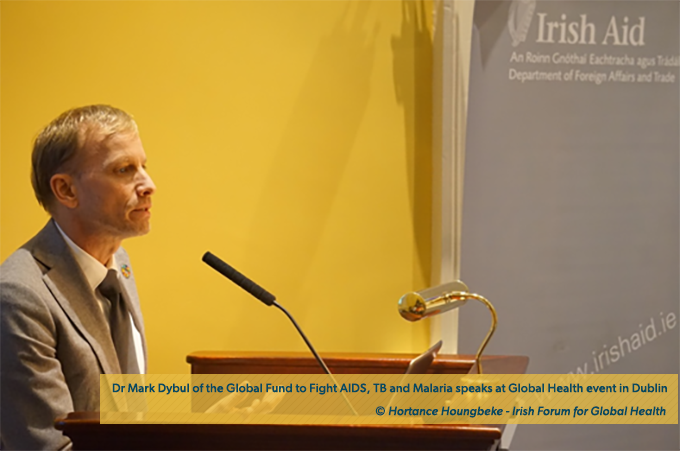 MEDIA COVERAGE OF THE VISIT

“Contributing to global solidarity - IMT meets the Executive Director of the Global Fund Against AIDS, TB and Malaria” http://www.imt.ie/features-opinion/contributing-to-global-solidarity-31-01-2017/